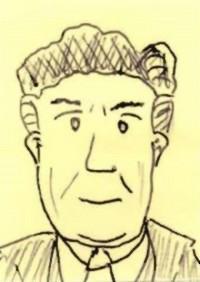 Earle Page was first elected to the seat of Cowper on the north coast of NSW in 1919. As a member of The Farmers and Settlers Association of New South Wales, he was one of the founding members of the Country Party (the forerunner of the current National Party) and was instrumental in getting Billy Hughes to resign in 1922 in support of the then Nationalist government.
Page as leader of the Country Party, wrangled the post of Treasurer for himself under the premiership of Stanley Bruce and after the so-called Bruce-Page government was defeated by Labor in 1929, Page swung the Country Party's support to the newly formed  United Australia Party, with Joseph Lyons as leader.

Before entering into politics, Earle Page qualified as a surgeon and set up a hospital in his home town of Grafton, and apart from establishing the then rural credit scheme, Page also devised an investment fund to finance the Council for Scientific and Industrial Research, later the CSIRO. Page was knighted for his contribution to politics in 1938; and thus was firstly Dr Page and then Sir.

On 7th April 1939, Joseph Lyons died unexpectedly of a heart attack and Sir Earle Page was appointed as interim Prime Minister by the Govenor General Lord Gowrie.
Page would not last long as PM and not quite three weeks later after the UAP found a new leader in Robert Menzies, the UAP-Country coalition deposed Page; setting up Menzies as the new leader on the 26th,

Page and Menzies had a bitter dispute which played out in Melbourne's "The Herald" newspaper in which Page accused Menzies of cowardice with regards Menzies' stance on appeasement with Germany and Menzies' dispute with wharfies and dock workers who refused to load scrap iron on boats destined for Japan; the latter gained Menzies the moniker of "Pig Iron Bob".
When Menzies was sworn in as Prime Minister, Page launched into a personal attack on the floor of the parliament and withdrew the Country Party's support of the UAP; thus leaving Menzies with a minority government.

Page would never again be Prime Minister but would eventually patch up cordial relations with Menzies; serving as Minister for Commerce and eventually as Minister for Health in Menzies second and very long stint.
Page became the first chancellor of the University of New England, then Australia’s only rural university, in 1955 and he eventually retired in 1961 having been father of the house as well as the second longest ever serving federal parlimentarian in Australian history.


Three weeks as PM is hardly long enough to make a difference but his work in and around the idea of the centre-right coalition in Australia certainly is noteworthy.
Posted by Rollo at 07:17