I only remembered about this late in the day; when I realised that BJD would more than likely attempt another go at compiling a set of photographs for the month of March. I followed the links to last year's set and lo and behold I found that a list for 2016 had been compiled¹.
Maybe B will post his photos to the website this year and hopefully, get beyond Day 9² like in 2015.

This brings me to today's photograph - Green.

If the colour red can to be associated with labour politics at the end of the nineteenth century and then communist and socialist politics in the opening chapter of the twentieth century, then the colour green might occupy a similar sort of role as it has come to symbolise environmental politics at the end of the twentieth and beginning of the twenty-first century. Green Parties are found in most of the parliaments of the world's industrialised nations with the obvious exception of the United States.
It is through the efforts of green political parties that the environment is even remotely considered. From the actual inclusion of environmental legislation, to the protection of certain wilderness areas, to thinking about what mankind's impact is on the natural world,  the use of the colour green is a powerful symbol in the abstract of an entire set of policies. 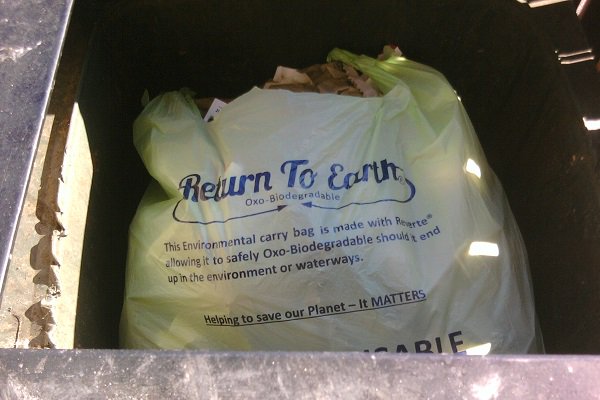 Oh the layers of abstraction here.

If there was the Stone Age, the Bronze Age, the Iron Age, the Dark Ages, the Middle Ages and the Steam Age, the we are not living in the Space Age or even the Silicon Age but the Carbon Age.
Carbon chemistry underpinned the steam age as coal was burned in factories and steam trains but it has been the rise of the petrol and diesel combustion engines as well as the widespread use of plastics which has really come to define the last 100 years. The first proper plastics arrived in the 1930s and plastic is so ubiquitous, that it's hard to imagine what the world would look like without them.
Plastic though is not without its problems. There are the environmental issues surrounding its manufacture and another equally vexed set of problems when these goods finally come to the end of their useful life. Sure, some plastic can be recycled but because we're so good at the engineering that goes into creating plastic products, after they are thrown away, they tend to degrade very slowly indeed. The idea of a green plastic bag is tenuous at best and because plastic does survive for so very long, it's likely to still be in the environment well after its consumer has died.

The individual story of how this particular plastic bag came to be here is quite mundane. Presumably it was a carrier bag which came from a supermarket, and judging by the array of coffee cups and other wrappers which I could see in there, it was probably used as a bin liner in an office.
Thus, the short life of this plastic bag has come to its logical end. Having served two dull tasks, it now suffers an ignoble end and will become landfill in a rubbish dump. Although it has such phrases as "Return To Earth" and "Helping To Save Our Planet" printed on it, this somewhat remarkable product of long-chain hydrocarbon organic chemistry, has been cast aside. The technology to produce such a thing didn't even exist 80 years ago and yet here it is being cast aside as a piece of refuse.

There is something almost ironic about the fact that the colour green which is the colour of plant life, is itself sort of hijacked to make products which are demonstrably bad for the environment, seem nicer than they otherwise would be. I have seen leaves and plant badges on various motor cars to indicate the 'Eco' model. Nissan even goes so far as to call its electric car the Leaf; which although it doesn't have any tailpipe emissions, because of the cadmium in its batteries, presents an even more challenging disposal problem when they finally become unserviceable, than had it been a conventional car.