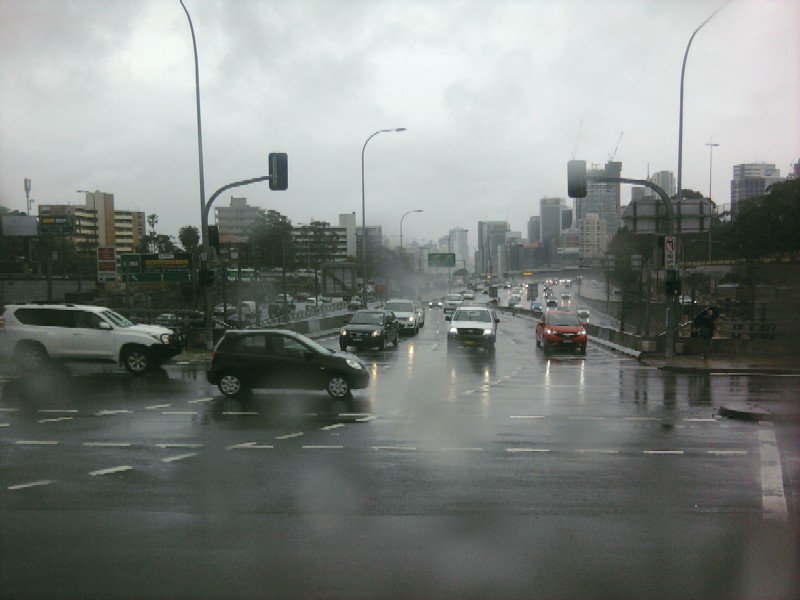 For the last decade and a half, I have worked in the North Shore/Northern Beaches suburb of Mosman. The Insanic Kingdom of Mosman which is local government area that contains just one suburb refuses to join either North Sydney Council or Manly Council and is very proud of itself. It also retains the names of two intersections that remind you of a long since removed piece of infrastructure; namely the tram network. Both Mosman Junction and Spit Junction are named for tram junctions that no longer exist and in the case of Spit Junction, the name moved from the tram junction to what used to be called Trafalgar Square, which is no longer a square.
From Balmoral Beach, trams would pass along Military Road and then through both Mosman Junction and Spit Junction, through Cremorne Junction and finally through North Sydney and down Miller Street and would cross a viaduct to put the trams on what now are lanes 7 and 8 of the Sydney Harbour Bridge. Those things were torn out by the NSW State Government in the 1950s and 60s and I as a commuter rue that decision more than half a century later.
In place of the tram network, we got Sydney's first open air cathedral to the motor car, the Warringah Expressway, and although I use it ten times a week, I think that I would have preferred a better public transport solution like a proper underground railway which would have taken traffic off the roads entirely. As it is, it is what it is, and evermore shall be so.


Even in the 1920s when the Sydney Harbour Bridge was being built, the value of houses was far higher than the western suburbs of Sydney. When the Bridge was finished, this opened up the North Shore but the value of houses still remained higher. The problem was that the Sydney Harbour Bridge sat on a national highway which meant that that traffic went straight through the middle of North Sydney. Eventually the people with the most money had had enough and were able to lobby the NSW State Government to fix their traffic woes rather than those of people living in the western suburbs.
During the 1950s and 1960s while the NSW State Government was busy tearing out all of the trams, building expressways looked like the way of the future as though there was never going to be any other tomorrow than what sci-fi writers of the day predicted. Unlike Canberra though, which had always been designed for the motor car, Sydney was not anything like a remotely planned city and just kind of happened; so trying to install any piece of infrastructure, let alone a multi-lane expressway, meant that something had to go and that thing which had to go was lots of people's houses.
It wiped out something in the order of about sixteen thousand houses, which at first sounds implausible until you realise that at its widest point there are 12 lanes of traffic and it runs from Milsons Point all the way to Cammeray as a mostly unorganised behemoth. It absolutely pales in comparison to The San Diego Expressway as that runs through southern Los Angeles but it was easily the widest piece of road in Australia when it opened and I think has only very recently been overtaken by the M1 in Brisbane.
The really idiotic thing is that instead of connecting traffic from the Harbour Bridge back up to the Pacific Highway, for a long time as sections scraped away at more houses while the expressway was under construction, it dumped traffic into random suburbs on the North Shore like Cammeray or Willoughby. In its current configuration which finally connects it up to the M2, it still looks like an unplanned kind of mess; which is exactly keeping in character with Sydney generally.

The train which I get from the western suburbs of Sydney to the city is nothing short of world class. Sydney is probably unique in having double deck suburban rail cars and apart from crowds at three city stations, the system is for the most part, a relatively calm way to travel.
From Town Hall Station I change for an M30 bus, or from Wynyard Station I change for a B1 bus; both of which hook under the Western Distributor and onto the southern approach to the Bridge but I could catch a train across to Milson’s Point and North Sydney and travel across the Bridge in complete calm.
In contrast, the Warringah Expressway is a twice daily snarling mess of red lights and tailbacks. It is officially speed limited to 80km/h which is fine northbound but seems like a cruel hoax southbound as traffic crawls along.

From the Harbour Bridge, the road falls before again climbing the hill to the top at Falcon Street. The Warringah Expressway on the short section that I travel on is very schizophrenic, with northbound traffic being very very different to southbound traffic. Northbound traffic becomes more orderly as cars find a way to exist the thing but southbound it is just a process of adding more and more traffic into only a few lanes. Going northbound, everyone is very polite to one another but heading southbound is an entirely different matter.
There are no tolls on northbound traffic across the Sydney Harbour Bridge but there are tolls on southbound traffic and this has a measurable sorting effect. The traffic heading southbound is actually made up of more expensive cars and this also means that there is a greater sense of self importance and self-entitlement in the drivers of those cars. The number of traffic accidents heading northbound is not quite 50% smaller than southbound and the biggest reason for accidents when you have traffic which all heads in the same direction, is people pulling in front of someone else without looking. This is further compounded by the fact that Lane 7 on the Bridge is a dedicated bus lane and people will pull out in front of buses without looking.
The thing about a bus that makes this particularly worrisome is that a bus is a big thing and basic physics should tell you that because big things are made of more stuff, they are harder to stop. A big thing that is harder to stop when faced with a car which has pulled out in front of it, can not defeat the laws of physics and so there are simply more accidents as a result.

Had NSW Surveyor-Generals John Bradfield’s original plan of a rail line up through the Northern Beaches been built and had the tram lines not been ripped out by short sighted governments of old, then the Warringah Expressway would not need to exist. The reason that it needs to exist now is because the Warringah Expressway exists and it’s too late to unbootstrap it. It’s an okay part of Sydney’s infrastructure I suppose but I would not have suggested as a design solution.
Posted by Rollo at 12:13