The rules are simple. I enter in the words "What is" followed by the various letters of the alphabet into the Google search engine. It then auto-fills in the rest and I answer the question. Sounds simple? Off we go!

What is All-purpose flour?
All purpose flour is one of those Americanisms which confuses the rest of the world. It's called that to distinguish it from self-raising flour and or whole-wheat flour.
I think that calling it "all purpose" in the absolute sense is a little bit of a stretch though. I wouldn't necessarily use it to build bricks out of, or as gunpowder, or as the basis for ink in a fountain pen but it's pretty good for the purposes that flour is used for.

What is Bitcoin?
Bitcoin is a digital currency and a peer-to-peer payment system. To be honest I find the idea of a virtual currency no more odd than the old system which eventually became the Euro and in fact predated it by almost 3 years.

What is Copha?
I think that copha is the solid form of hydrogenated coconut oil and is useful for cooking things, though in all honesty, I've only ever used it to make Chocolate Crackles, White Christmases and Corn Flake Treats.

What is Doge?
Such meme. Very current. Many laugh. So dog. Wow.

What is Elf On The Shelf?
Elf is a French petrochemical country and a chain of petrol stations that you see all over France. I remember Elf on such Formula One cars as Jackie Stewart's Tyrell and a series of Renaults in the early turbo era.
No, wait. "The Elf On The Shelf" is apparently a children's picture book which was published in 2005. Drat. If that's what children get to read these days then quite frankly, I'm grateful that I read stuff like Autosport and had proper heroes like Alain Prost, Nelson Piquet and Niki Lauda.

What is Fungi?
I can tell you that Fungi aren't plants as they do not of their own accord turn sunlight and CO2 into oxygen and sugars. Fungi have cell walls that contain chitin instead of cellulose and I suppose that the Fungi Kingdom contains yeasts and moulds too.

What is Gluten?
I think that Gluten is a protein composite which is composed of two proteins and a starch. To be honest, I didn't do Biology in school and so I'm really clutching at straws here.

What is Halloween?
Halloween is a contraction of Hallows' Eve and is the day before All Saints Day and technically is the day when the Mass is to be said and the lives of all those who do not have specific saints days are to be celebrated; especially those who died in the twelve months previous.
These days it has degenerated into a corporate sales day and an excuse for children to scab sweets off of the rest of the community.

What is i?
In mathematics, i is defined as the square root of minus one. It is called "imaginary" because no real number squared can produce a negative number.

What is Jupiter made of?
Jupiter is mainly made of hydrogen and helium and spectral analysis has revealed that water and even ammonia exist in trace amounts in the atmosphere.
Jupiter is essentially a failed star, which is a good thing because if it was not, we'd probably all burn to a crisp.

What is Kale?
Kale is a variety of cabbage and unlike most varieties, the central leaves do not form a head. Kale tastes sweeter than most kinds of cabbage and works excellently in coleslaw.

What is Odd?
Odd is not even. Odd is a quantity when divided in twain, does not come out in two equal parts.
Odd is something which is out of the ordinary and or unexpected.

What is Poetry?
Poetry is the art of arranging words into sets to produce something which has a pleasing sound; usually along the lines of rhyming and or metre. Good poetry implies a craft and a degree of smithing so that the final product is linguistically of value.

What is Quinoa?
Quinoa appears to be a member of the goosefoot family of plants (I don't really know what they are) and appears to be a cereal of some sort. I tend to think that with things like this which are trendy that either the foodies will go mad for it or firms like Chemist Warehouse will develop some extract from it and claim that it's a 'superfood' like Acai or Krill Oil.

What is Rum made from?
Sugar cane. Rum is basically the feremented drink made from the distillation of sugar cane byproducts like molasses and sugarcane juice. It is typically fermented in oak barrels (Canadian Oak is what the Bundaberg Rum Factory uses) and can be either double or triple distilled before being 'married' with water.

Let us hear the conclusion of the whole matter:
Fear God, and keep his commandments: for this is the whole duty of man.
- Ecclesiastes 12:13

What are those commandments? Well, again, they're also spelled out in ludicrously simple detail:
Jesus replied: “‘Love the Lord your God with all your heart and with all your soul and with all your mind.’This is the first and greatest commandment. And the second is like it: ‘Love your neighbor as yourself.’ All the Law and the Prophets hang on these two commandments.”
- Matthew 22:37-40

What is Umami?
Umami is the fifth taste along with sweet, sour, bitter and salty. It wasn't really discovered until about 1908 when a Japanese professor, Kikunae Ikeda, realised that a pleasant savoury sort of taste was different to the other four tastes. The word umami comes from umai うまい "delicious" and mi 味 "taste".

What is Voltage?
Voltage is the difference in potential energy between two parts of an electric circuit. It is named after Alessandro Volta who invented the first working battery.

What is Wordpress?
Wordpress is a blogging/content management/publishing platform which is useful in hosting blogs and other websitical things.

What is XO sauce?
XO sauce is a chinese sauce which is usually very spicy and has a hint of seafood flavours about it. The term XO probably comes from the classification of Cognac, XO in this case stand for eXtra Old.

What is Yolo?
YOLO is an acronym which stands for You Only Live Once. YOLO is either used as an excuse to engage in idiotic behaviour or used with a sense of irony to denote something benign.

What is Zen?
Zen is a school of Buddhism which tends to focus more on meditation and self enlightenment rather than doctrinal or scriptural study. The word "Zen" is handy in Scrabble late in the game when space is at a premium because both the 'e' and 'n' are common; experienced Scrabble players are more inclined to use 'ize' earlier on though as the 'z' is worth 10 points. 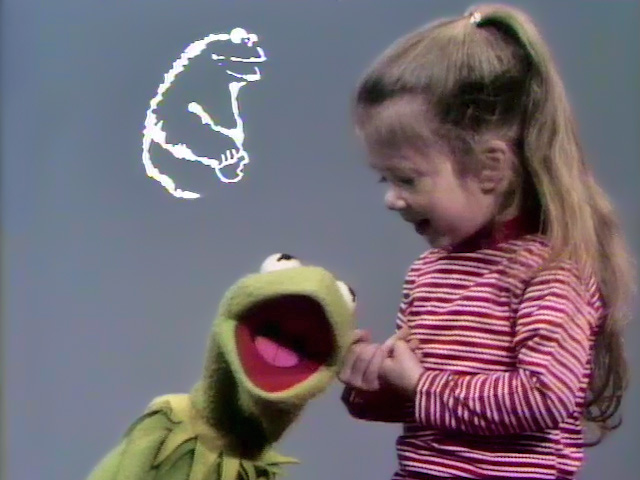