The only two sure things in life are death and taxes. Some people by virtue of being too poor never really have to worry about taxes and a few select number of people who are able to play elaborate shell games might be able to pay far less in the way of taxes than schmucks who need to work for a living but in the end, everyone from the poorest of people who can carry all their worldly possessions in a sack to the grandest of corporate emporers with many many mansions, all face death.
Although death moves at the rather leisurely pace of about one mile an hour, everyone reaches a point where not only can they not outrun death anymore but they can't even feebly outcrawl it. Eventually, death visits every door, slowly working its way through its grand list, leaving out nothing and nobody.
I am reminded of a t-shirt that I once saw with the printed message "He who dies with the most toys wins" and on the back: "but still dies."

I write this in the knowledge that there is a fair chance that one of my cats will die before the close of 2018. We have had him not quite ten years and we have no idea how old he was when we got him. What we do know is that he led a rough life before he came to us, and that my sister found him scratching around the bins behind a Woolworths. He might be as old as thirteen years but given that he lived life on the mean streets, he aged faster than his years betrayed.

Kipper has always been a scruffy cat. He isn't the prettiest cat in the world and he doesn't exactly have the most distinctive of markings. He's kind of a nondescript standard grey tabby, with some degree of ragdoll in him because he has always loved being picked up and his coat is uncommonly soft for a cat.  However what he lacks in the beauty department, he more than makes up with his good nature.
As quite an intelligent cat, Kipper probably learned as many as three dozen words. This is all the more remarkable if you consider that we never trained him. He probably also learned very early on that people give you things. Unlike Purranna who is skittish and very very obviously a cat, Kipper is bold in asking for things, even to the point of inventing different chirrups for different reasons.
Or at least he did.
Along with his good nature, is a tolerance for pain. I know that because his back legs don't work properly and more, it means that he can't scratch any itches; that has to be excruciatingly annoying. Despite this, he doesn't complain very much and because I am unable to help him, it is one of the most heartbreaking things in the world.

There will come a day this year when no more will I see his enormous eyes staring back. The whinges, the chirrups, the very quiet meow and the barely perceptible purr will all also be no more. The weird cry of "hewaw" at 3am in the morning, the strange grumble of him running through the house and stopping for no apparent reason, and the nightly questioning demand for milk, will all fall silent and be no more. The peculiar smell that only is his (if you've had your face close enough to cats, then you know that they all have their own unique smell), will dissipate and be no more.

As I write this, the road to the end has already begun. Probably a hard life at the beginning, an overactive thyroid and the fact that he has seen at least 140 moons, has many that he has gone lame in his back legs; yet he remains stoic about it. Hedonism sometimes has a bad rap but Epicurus is credited as saying that his list of what he needed for happiness was not much longer than a lot of cheese, a jug of wine and a few friends; really is Kipper any different? His grand list for happiness also includes dairy products, and someone to be nice to him. When it's all said and done, are we really that much different ourselves?
I totally understand the want to stare out of the window and see what's going on, to sit in the cool of the evening and to talk to the birds, and to want to have someone be nice to you. In those respects, the desires of a cat and the rest of us are no different at all.

Dear travellers, I don't know if you're worldview includes the divine and whether or not you need to make peace with your maker, I don't know if you believe that you come back again as something else, and I don't know if you think that the universe just is and will end in the inevitable heat death of all things but irrespective of what you believe, the inescapable fact is that death is slowly working its way through its list, and will take away everything you own and everyone you've ever loved.
The lights will fade, the party will end, the music will stop and we all fall asleep. I suspect that deep inside, one of the reasons why we have pets is because although we know that death is moving at one mile an hour, if we get a decade or so, then we still will have run eighty thousand miles in the meantime, and that's a fun journey and you win for a while... but still die.

In the meantime, we still have him around... 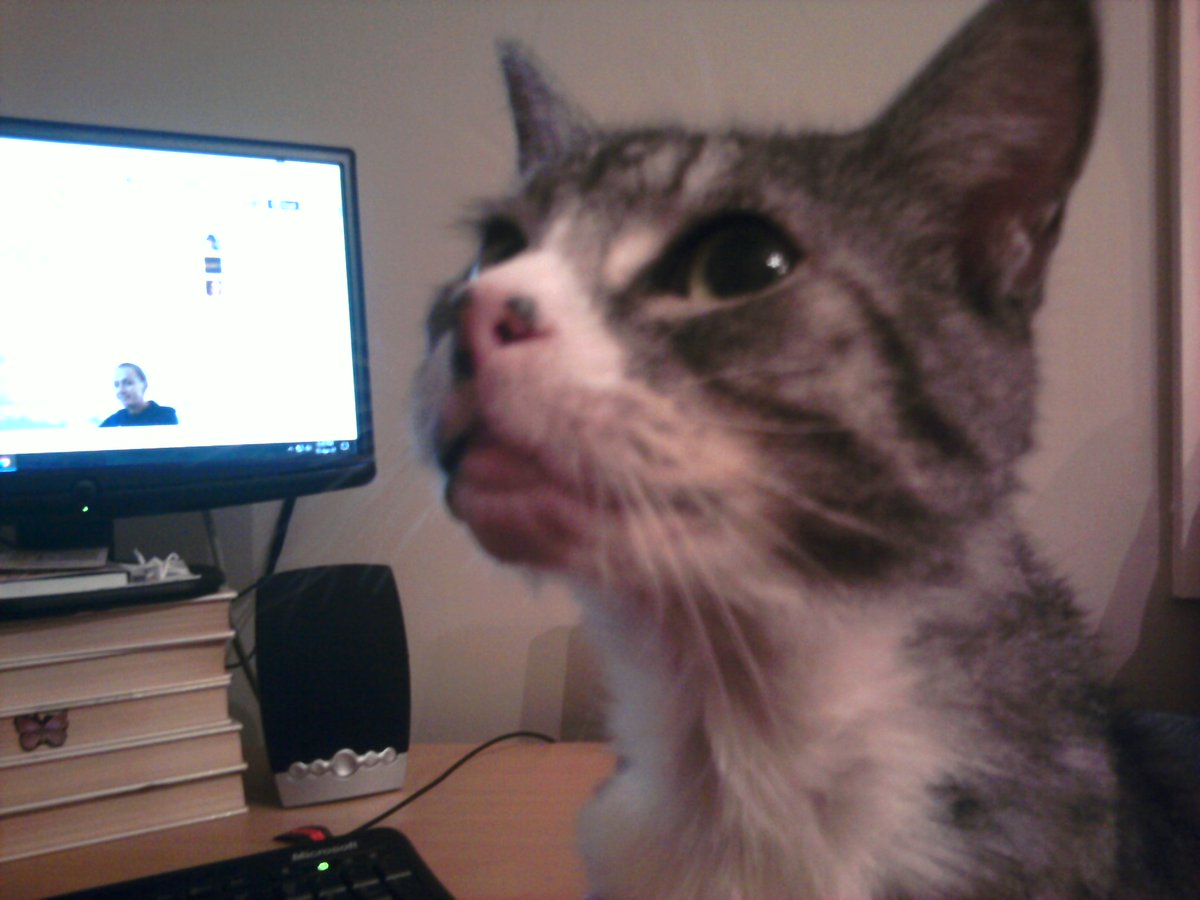