The Northwest Metro has now had a few weeks to bed in and by all accounts, it seems to be a perfectly normal and useful railway line, if you happen to live near it. If you happen to live anywhere beyond 3km of any of the railway stations though, it is for all intents and purposes, completely useless.

I live in Marayong and am serviced by the Richmond Line, which is also perfectly normal and useful, but if I wanted to go to any of the places that are on the Northwest Metro line, there is no way that I'm ever going to consider taking the Northwest Metro to get there. Public transport which fails making you want to use it, fails at the only purpose it was intended for.

The problem is that there are no really useful links to the Northwest Metro. The line stops tantalisingly short of the Richmond Line and the bus links which exist, are so few in frequency that you may as well not bother. If you want to go from either Marayong, Quakers Hill, or Schofields, which are the logical links, then you need to be pretty determined about it. 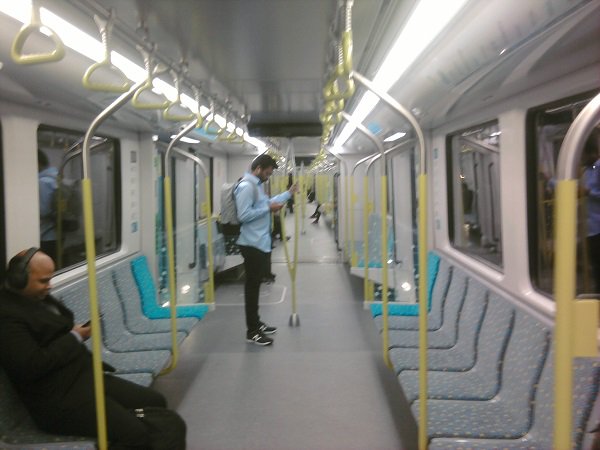 I must say though, that the actual service of the Northwest Metro is pretty stellar. I have no problem at all with a high frequency train service. The idea of sitting sideways might be foreign to the vast majority of Sydneysiders but is totally normal on the London Underground, New York Subway, Paris Metro, Toyko Metro, and a host of other train networks. If that's the only problem that regular users report, then that's totally fine.
The question then becomes not one of whether or not the trains work and run on time but one of how you are able to use them. 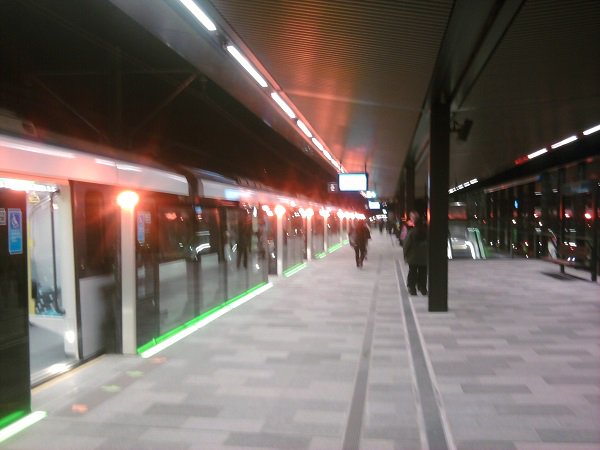 Probably because the stations in the west are all elevated, I think that they remind me of being at Circular Quay. The platform side walls and doors are a neat safety idea but I wonder what they'll be like in forty years' time. Someone has probably done a cost benefit analysis to work out the operational costs of having 'one under' as opposed to the costs of running the doors day and night. 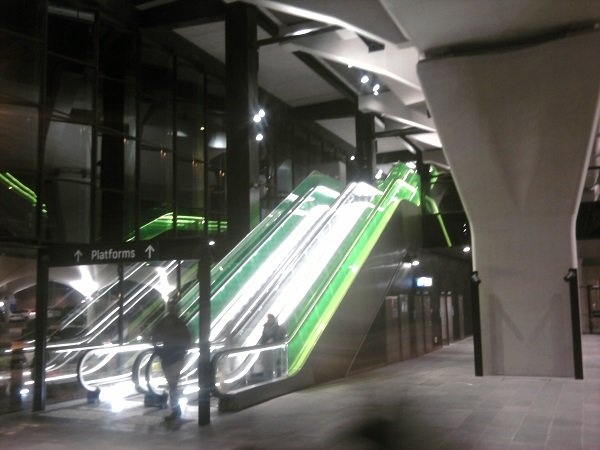 The stations themselves are equally lusciously appointed. I like the ethereal glow in the dark that the coloured lights project. However, distracting me with pretty colours only lasts for so long before function starts yelling far louder than form. The Northwest Metro is not supposed to be a piece of art but a piece of functional infrastructure.

This is where the rubber hits the road... eventually. Boy, do I mean 'eventually'.
Mosman to Chatswood by bus is a pretty easy journey to make. Buses come frequently enough that it is not really a problem at all. Chatswood to Tallawong is also an easy journey to make because I don't know if the Northwest Metro is on a timetable but trains come every 9 minutes; which is almost the equivalent of saturation for an airport. The connections to and from the Northwest Metro are positively rural.
For me to get to work, the time that it takes to get from Tallawong station to Mosman, is less than the time it take to get from my house to Tallawong station. That is a special kind of insanity.

Imagine that you are standing at a bus stop in the rain, it is 6°C (43°F), and you want to travel the 2 and a bit kilometres to the next connection. After 6pm, buses are on a 45 minute service. The bus that I wanted to get from Rouse Hill to Marayong had left 6 minutes before I arrived according to the bus timetable at the stop (which I am convinced is more like a serving suggestion rather than an actual timetable) and I waited for 38 minutes for the next bus to arrive. 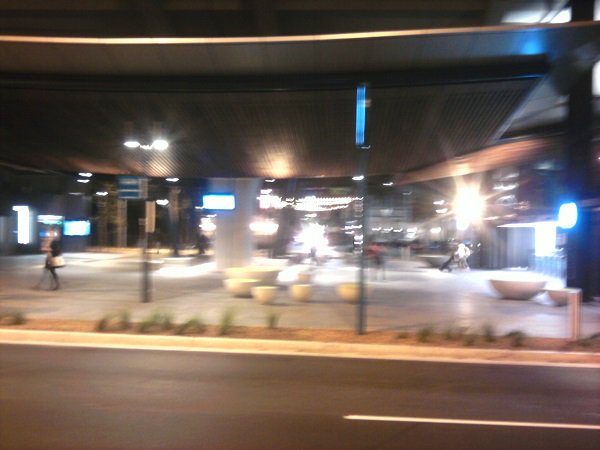 I have been accused of being a pessimist online by people when I have made comments about the Northwest Metro but when questioned, every single one of those people doesn't live out here in the west and would only use it for recreational purposes. As a commuter, pessimism has to be the default standpoint. From an engineering standpoint, you test a thing to see how and why a thing fails, so that you can make improvements. As far as I know though, there are no plans to improve that last connection until and only if the airport at Badgery's Creek is built. If Castle Hill station is anything to go by, which was promised by Premier Jack Lang, then I should expect a timeframe of 87 years.

I will admit freely that there are probably not that many people who want to use the Northwest Metro, who also want to change to and from the Richmond Line. By deliberately not completing that last little link, and also not providing any useful connections to and from the Northwest Metro, then that is a self-fulfilling prophecy.
If you are immediately within a 3km catchment zone of each of the new stations, then the Northwest Metro is a breath of fresh air and sunshine. If however, you are someone who lives in the north west of Sydney and who might have wanted to make a connection to it, then the whole thing may as well have been on the moon.

My advice to everyone who lives in the north west of Sydney who wants to get to Rouse Hill Town Center or Castle Hill Towers, is to drive. I know that that runs counter to the spirit of the point of public transport but I am convinced that this by design, supposed to be inconvenient to the people of the north west of Sydney who live in Labor voting areas. Tallawong is just inside a Labor voting area but the people of Kellyville, Cherrybrook, Epping etc. have no need to go to the west; so they aren't connected.
The Northwest Metro conveniently stops within a nominally Liberal voting area and does not connect to the Labor voting areas. I suspect that this was deliberately chosen to keep poor people from riding the train. This philosophy also explains why the only beach in Sydney which is serviced by a train service is Cronulla. There is no eastern extension to the Eastern Suburbs Railway line and there is no Northern Beaches Railway line despite them both being slated by JG Bradfield in his original plan.

The truth is that I can get by perfectly well without the Northwest Metro. I absolutely realise that this is a selfish complaint. However, that's kind of like a hostage excusing their kidnappers; the difference between Stockholm Syndrome and Sydney is that the people of the west are so used to being shafted that even being kidnapped is uninteresting.
Posted by Rollo at 07:17