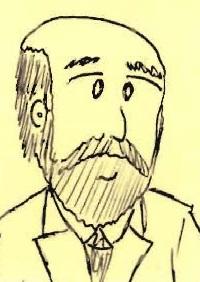 The 1913 Federal Election saw a win for the combined efforts of the Commonwealth Liberal Party but only just. Newly appointed Prime Minister Joseph Cook, led the party to the smallest possible majority in the House of Representatives of one seat; after they had provided the Speaker of the House, the number of active votes on the floor of the chamber was deadlocked. Andrew Fisher remained as leader of the Opposition.
Not only did the government have no room in the lower house, it also found itself in the minority in the Senate. Things did not look bright.

Cook found governance with the odds stacked against him and the only piece of legislation that his government passed was the 1914-15 budget in May of 1914.
Cook decided on a plan to abolish preferential employment for trade union members in the public service, which he knew Labor would reject. After they duly did so, Cook gained a section 57 double dissolution trigger which he fired off.
He was very much a victim of history, because within the six weeks between the writs and the election itself, Europe had stepped perilously down the road to war. Fisher's 1914 election campaign stood around a simple reminder that it was Labor which has favoured an Australian Defence Force which Cook opposed. Fisher was returned as PM with a 42-32 majority.

Fisher's third term in government started out as a peacetime government, passing legislation with respect to customs, trade and commodities but as the war wore on and the Dardanelles Campaign fell into disaster, Fisher found himself facing internal divisions within the Labor Party, especially over the issue of conscription. The most vocal supporter of conscription was William Morris "Billy" Hughes.

Historians like to peddle the myth that as a nation, Australia was forged in the fires of the First World War. As far as policy and politics goes, nothing could be further from the truth.
When it came to support for the war, this was taken as assumed knowledge by both sides. Neither Cook. the enemy without, nor Hughes the enemy within, provided an obstacle to Australia's participation in the war. Fisher's government wasn't just assumed to be helping Britain but was expected to. Australia for the duration of the war when it came to military policy, was dictated to by the mother of all parliaments, Westminster.

As this was the first war that Australians had fought in where both the fighting men and the general public were largely literate, they read first hand of the horrors of war from both the newspapers and their own sons.
Keith Murdoch became the editor-in-chief of the London cable service run by the Sun and the Melbourne Herald in 1915. He was especially concerned that the War Office in both Britain and Australia were censoring reports coming from the disastrous Dardanelles campaign (which included Gallipoli) and wrote to Andrew Fisher. En route to London, he was even held by the Military Police in Marseille and the letter was confiscated.
Possibly on the strengths of war correspondents like Murdoch, by December of 1915, Gallipoli was evacuated and the Dardanelles campaign abandon with a high amount of efficiency.
"The conceit and self complacency of the red feather men are equalled only by their incapacity. Along the line of communications, especially at Moudros, are countless high officers and conceited young cubs who are plainly only playing at war and appointments to the general staff are made from motives of friendship and social influence."
- Keith Murdoch, 1915

As the war wore one, Fisher's health began to decline and he absented himself from the parliament, thus creating a section 38 vacancy. A by-election was held and Billy Hughes became the Prime Minister of Labor Government. Hughes though would be a journeyman and end up representing six different political parties during his career and being expelled from three of them.

Fisher would go on to become the Australian High Commissioner to the United Kingdom but would eventually suffer from dementia. He died in 1928 at the age of 66. but even now is Australia's second longest serving Labor Prime Minister.
Posted by Rollo at 14:36