Horse 2233 - The Dark Knight Goes To The Supermarket

Ordinarily I don't give a brass razoo about superhero movies. Superman, Catwoman, Spiderman et al. need to find something more credible to do, in my not very well paid opinion. Of all the superheroes, I find Batman to be the most interesting because his superpower is nothing other than being rich and splashing cash around on overly complex equipment. If he had simply spent the money on improving the police force and their training, then Gotham would be a nicer place but I digress.
One of the most iconic elements of the Batman mythos is his car, the Batmobile. Invariably it is as overly complicated and as unwieldy as everything else in Batman's arsenal but it didn't start out that way. Batman once had a relatively sensible motor car and if I was being commissioned to write a new Batman movie, not only would the whole world be more sensible but his car would be as well.

The original Batmobile as seen in 1939 was either a Graham Model 97 Supercharger "Sharknose" with a 3.6L supercharged in-line 6 putting out 116bhp or a Cord 812 with a 4.8L supercharged V8 putting out 125bhp. Both were seen as reasonably powerful cars in their day but to put that in perspective, a 1.0 litre Ecoboost Ford Focus also puts out 125bhp.
What I find particularly odd is that although the first Batman was written in 1939, his car was already two years old; which means to say that he obviously didn't think it worth the bother to trade it in for something else.

This in itself says something interesting. Batman wants a performance vehicle, presumably to chase bad guys in but in his origin incarnation, he didn't particularly need anything as garish as what was to follow. Indeed, given that he first appeared in "Detective Comics", I would have thought that remaining incognito when on a stake out would have been highly desirable. To that end, if I was going to properly reboot Batman, to his original original 1939 roots, instead of his dark brooding psychobabble that people seem to want to take him in the newest films then if I was Grand Poobah and Lord High Everything Else, there is only one possible choice for the Batmobile. 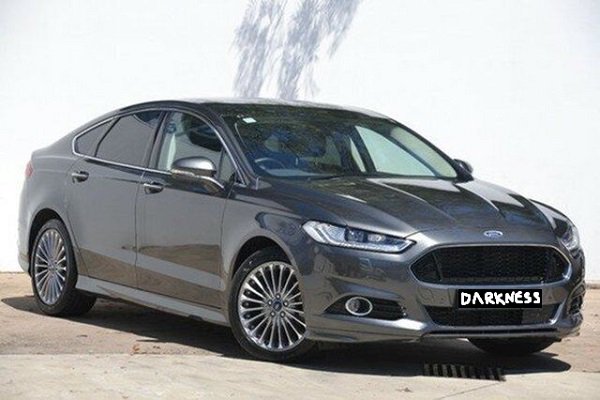 - No, seriously. A Ford Mondeo.

Before you start jumping up and down and saying that I have no idea what the heck I'm talking about, you should remember that DCI John Barnaby from "Midsomer Murders" has a Volvo S60, DCI Alec Hardy and DS Ellie Miller in "Broadchurch" pootle about in a Volkswagen Passat and the most recent crime series that I've seen "Professor T" had the two detectives Annaliese Donckers and Daan de Winter driving around in a Lexus CT200h. Considering that Batman originally stated out as a vigilante detective, then a car which detectives are likely to have seems like a good choice to me.

The biggest problem with the Batmobile as I see it, is that although it is the stuff of dreams and fantasy, it is still unbelievably ridiculous. Presumably when he spends most of his time as boring old Bruce Wayne, he has a sensible luxury car and I can imagine him being chauffeured in a big black S-Class Mercedes-Benz and so that's not that stupid but on the occasions that he wants to drive himself, the Batmobile is never anything practical. If you lived within a couple of blocks of him, you'd see this massive automotive idiocy and know for sure that it was Batman. Even a McLaren 650s with "I am Batman" written down the side is still more credible than just about every Batmobile to appear in the cinema.

Unless you are going for some over the top thing where the show pokes fun at itself like the 1966 television series with Adam West as Batman, most of the Batmobiles that we see are impractical. Exactly how are you supposed to chase bad guys through Gotham's city streets if you have a 35 foot behemoth that can't turn corners? For goodness sake, even Starsky and Hutch in their Ford Torino or BA Baracus in the A-Team's GMC Vandura van are more likely to catch the Penguin after a jewel heist. Just like it isn't a good idea to go ballroom dancing in a pair of motorcycle army dispatch rider's boots, the idea that you can effectively chase bad guys through city streets in something with the footprint of an Isuzu NPR 550 is bonkers.
A Mondeo is big enough to haul around all the stuff that Batman is likely to need, the turbocharged in-line 4 cylinder engine puts out 240bhp which is easily enough to find yourself on the fun side of 100mph in quick time, and with leather seats, climate control and a fairly stonking stereo system, it's a pretty nice place to be when doing the boring parts of detective work and if you need to go to the supermarket or the McDonald's drive through. Brenda¹ always popped down to the shops in either a Range Rover or a small truck which was owned by the Palace; so if it's good enough for her, it's good enough for Batman.

Of course putting Batman in a Ford Mondeo does immediately beg the question of what sort of movie or television show that this maps onto and the answer is an equally sensible one. The truth is that someone like the Penguin is more likely to be a super-capitalist like Rupert Murdoch, Alan Sugar, Richard Branson or Donald Trump than some comedic buffoon². The Riddler is actually some sort of Russian cyber terrorist type criminal and The Joker is more likely to be a man in a mask like The Genius³.
What sort of car do you give to a valet for parking if you happen to be going to a meeting at Penguin Towers? A black Ford Mondeo. If you rock up in a Batmobile as it is usually portrayed in all its automotive nonsense, then one of the hired goons is going to immediately tell the boss that Batman is downstairs and Batman doesn't want that.

A Ford Mondeo is only one of many logical choices for the Batmobile but given that in the 1966 television series he drove a 1955 Lincoln Futura, I'd imagine that he probably has a bit of brand loyalty; so why not?

¹Brenda is the name which Private Eye magazine has referred to HM Queen Elizabeth II as, since the late 1970s.
²Insert Boris Johnson here.
³"The Genuius" is a South Korean reality / game show which was on tvN. Episode 1: https://youtu.be/jpwIgWPfNvc
Posted by Rollo at 07:17