At the weekend, Mrs Rollo and I saw Stanley Kubrick's 1968 cinematic masterpiece "2001: A Space Odyssey" and had two vastly different reactions. Whereas I see it as a cinematic masterpiece and therefore a deeply flawed film that warrants skipping through various parts because it is objectively terrible, she probably would have described it as a hot mess of garbage.
This was later followed up by the 1983 movie "2010: The Year We Make Contact" which is a far more straightforward movie and hasn't been tainted by the hands of Stanley Kubrick. 2010 is nowhere near as stark in its storytelling and isn't quite as brave in its futurism and although 2001 came out fifteen years earlier, it manages to still look as though it was set further into the future. 2010 does suffer from being trapped within its own time and is a world of bad 1980s haircuts and fashion. It does bother to explain what the heck is going on and even why HAL flipped out in first film, and despite Mrs Rollo telling me that she thought that this redeemed 2001, I am not so forgiving; I think that if you can't tell your story properly, then you have ultimately made a bad movie. 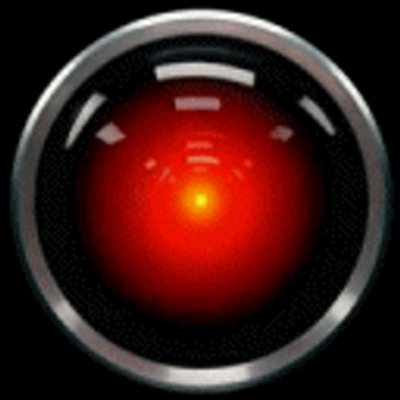 "I know what you are trying to do Mr Kubrick.
And I'm afraid that's something I cannot allow to happen."

I rather like the 1960's aesthetic of futurism of 2001 and had we been living in a twenty-first century that looked like this, I would have found that to be perfectly acceptable. I like the passages that show spacecraft spinning around to the soundtrack of the Blue Danube and I sort of like the tension generated by the use of the sound of breathing but it is alarms which are used throughout the film which made Mrs Rollo truly annoyed. That and the fact that instead of a logical narrative that develops through the film, Kubrick employs a "show and don't tell" approach which means that even the basic things that you need to hold a story together, such as the exposition of motive, is completely obliterated. The novels by Arthur C Clarke do a far better job at explaining HAL's internal conflict, whereas the movie does such a terrible job at explaining why anything happens at all, makes it difficult to follow.
Even I will admit that 2001 is a plodding film which is self absorbed in its own aggrandisement to the point of ridiculousness. In all seriousness, the best things about the film are the various connecting shots where you see internals of spaceships rotating and that is a function of the elaborate rigs which were use to film it. It is a technically brilliant movie with a terrible horrible very bad no good narrative. Actually, the story itself isn't all that bad, it's the way that it's told. This brings me nicely to my next thought and if you'll kindly rotate your mind through 540°, then we'll begin.

There are four books in Arthur C Clarke's Odyssey series. Given Hollywood's penchant for remaking movies, then I might suggest doing a remake of 2001. To be fair, a properly thought out remake would be an excellent idea except that there are four books and as "The Hobbit: The Infestation Of Glög", "Harry Potter And The Cash Register Of Diazepam", and "Star Wars: Episode 0 - An Unknown Enemy But It's Probably Jar Jar Binks" proves, although you can make multi movie epic series, throwing a bunch of money at the wall doesn't necessarily produce memorable cinema (or maybe it does, I haven't seen either the Hobbitses or Harry Potters). No, a proper remake of 2001 in my not very well paid opinion, would be made for television and instead of just being one movie would be all four books.

The books themselves are rather straightforward things with enough content to get two hour long episodes per book. Obviously for 2001 I'd get rid of the monkeys and the sound and light show which takes up far too much time in the film to be sensible but a lot of the basic structure of the movie would remain and I'd apply the spanners to the rest of it and tighten up the flow of the narrative. Nobody needed to sit through that in 1968 and not quite fifty years later, they still don't need to.
I'd keep loads of the look and style of the 1968 movie because in 2017 it would be cool to see a retro future which was set in a past which never happened. There is a distinct amount of fridge blindness going on in 2001, typified by the fact that although the use of tablet computers was predicted, there are still physical push button switches all over everything. I like that the computer displays were mostly in a strange squarish variation of Helvetica Bold, given that in 1968 computers would have never been able to display that for the most part; to achieve that required the use of video tape being sent through television screens and even the tablet computers themselves required big chunky CRT screens to be embedded within the sets. A 2017 remake would invariably make use of modern technology but I'd still have it display the clunkiness of the past's future; especially the 4-bit graphics that the computers use to show things like radar and landing approaches.
Because 2061 and 3001 are set in a future that hasn't yet happened and will probably happen after I have died (your mileage may vary), there is still plenty of scope for crazy go nuts time. I imagine that the sequence when future Frank Poole gets revived after floating in space for a thousand years and fitted with a braincap in 3001, could be made to sound really creepy as various drills burrow through his skull and electrodes work their way into his brain. There is also the added boon of there not being any preexisting movies of 2061 or 3001 and so they wouldn't be eclipsed by the shadow of the former films' reputations.

Functionally I'd have each of the four books filmed as two hour long episodes, with room for advertising. Nobody needs nine minutes of spaceships flying through the void and television shows like Star Trek (which by the way had already been shot, edited, played on television and finished within the time frame that it took for 2001 to be completed), Doctor Who, and even Red Dwarf, have all proven that you can say exactly what you need to in only a few model shots and still produce something iconic. There are plenty of writers and directors who already know how to make television and I think that they could do a better job than someone who wanted to turn the thing into an epic because that's where Kubrick went wrong in the first place.
Have it star someone who had never been heard of before, play it straight if you want someone to be genuinely terrified by what's going on or go entirely the other way and cast someone utterly bombastic like Will Seaward to play Dave Bowman. If the telly series was gloriously self aware of itself, then that has to be more fun than the 1968 cinematic masterpiece that is genius as a piece of art but hopeless as a movie and better than 2010 which I think is better at being a movie but a worse as a piece of art.
Posted by Rollo at 09:41