Horse 2289 - Forget Mere Hospitality, We Have Obligations To Refugees

In case you missed it, yesterday was World Refugee Day; the day which was proclaimed by the United Nations in 2001 to commemorate the day that the 1951 Convention relating to the Status of Refugees¹ was passed.
In the Senate, two motions were rejected. The first was put forward by Pauline Hanson and Cory Bernardi to withdraw Australia from the refugee convention and this was defeated 6-50, the second was a motion by Greens Senator Nick McKim to close the tropical gulags that Australia keeps on Manus Island and Nauru and bring every man, woman and child to Australia and this was defeated 9-43.
The only motion on the subject of refugees which passed was a feel good fluffy non-binding resolution which asked the parliament to take a "reasoned, principled and facts–based approach to the issue of asylum seekers and refugees" and for an increase to the number of refugees that Australia would take in to 27,000 by the year 2025; which is beyond the term of everyone currently sitting in the Senate. 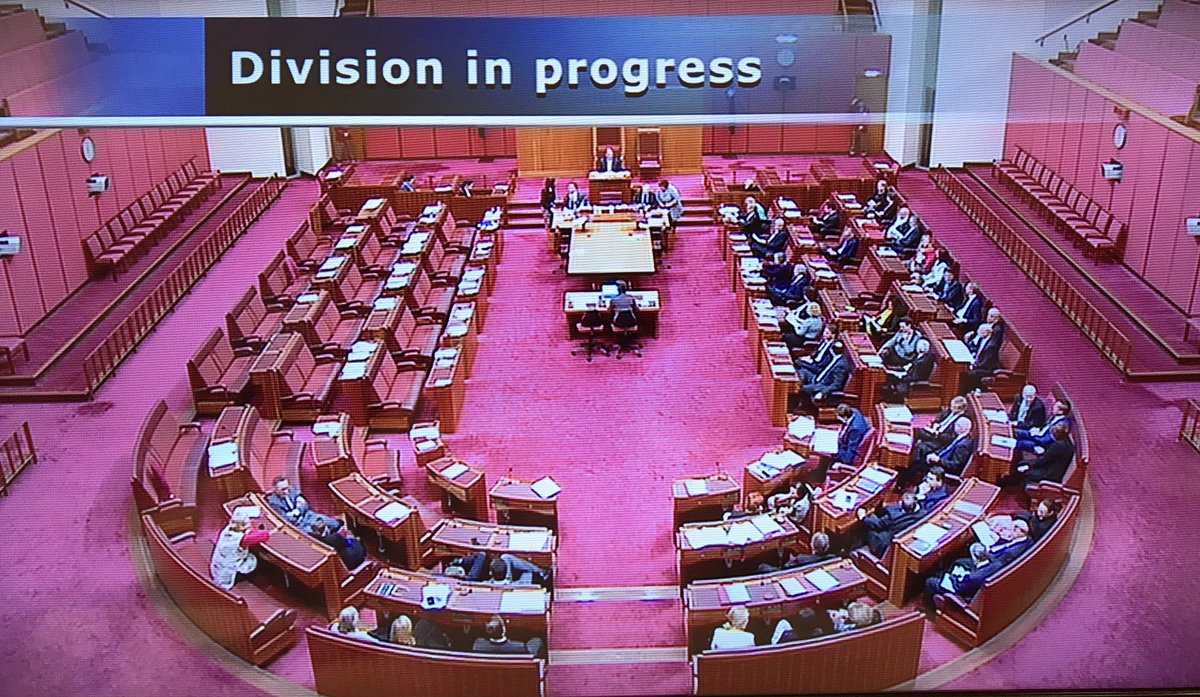 - This is what voting to retain cruelty looks like.

I have to admit that everything about this rubs me the wrong way. I already find practically everything that Ms Hanson says to be either malfeasant, cruel or just plain idiotic, and the fact that Mr Bernardi tabled the motion to unbind Australia from any and all obligations that the country might have under the refugee convention, has just converted me into an angry political adversary. What I find even more horrible about this is that his Australian Conservatives party has absorbed the Family First Party and has just strengthened a disturbing trend in something that claims to be the Christian right but clearly stands opposed to scripture.
Notwithstanding the fact that Joseph was forced to flee the province of Iudea with Mary amd Jesus to Egypt, because of the decree that all male children in Bethlehem and its vicinity under the age of two years were to be killed, this seems to deny the fact that Bible is pretty clear that the poor and the vulnerable should be treated with respect and dignity.

To be clear though, perhaps it's worth looking at what the  Australian Conservatives have to say about themselves:
https://www.conservatives.org.au/principles
The values, customs, conventions, and norms of the Judeo-Christian tradition are the foundation for western culture and provide the appropriate framework to inform and guide a free society. Without adherence to these enduring structures and an associated rejection of moral relativism, society induces its decay.
- Australian Conservatives website, retrieved on 21st Jun 2017

If you want to invoke the "values, customs, conventions, and norms of the Judeo-Christian tradition" then it might be an idea to look in the Bible because presumably, that should specify what they are.

Share with the Lord’s people who are in need. Practice hospitality. Bless those who persecute you; bless and do not curse. Rejoice with those who rejoice; mourn with those who mourn. Live in harmony with one another. Do not be proud, but be willing to associate with people of low position. Do not be conceited.
- Romans 12:13-16 (NIV)²

I might be accused of taking this out of context, but when you consider that Paul goes on to write that people should feed their enemy, give them something to drink if they are thirsty, not to repay evil for evil and to overcome evil for good, I think that I'm fair safe ground.
Admittedly my grasp of Koine Greek which this was written in isn't brilliant but there's one word here which I find particularly interesting because English is absolutely incapable of grasping the full definition of the word. In this passage it is rendered as "hospitality" but in the Greek it is φιλοξενία or "philoxenia".

Philoxenia is made up of two roots, "philo" which means "brother" and "xenia" which is usually rendered as hospitality but the concept doesn't translate well. A more correct rendering would probably be closer to "guest friendship" and involves a whole bunch of conventions. Xenia almost always implies an obligation on the part of the person whose home it is because to refuse to extend guest friendship might inadvertently raise the ire of the stranger, who might be someone important. Indeed the Trojan War was supposed to have been started because of a violation of the rules of Xenia. An abduction of the host's wife further complicates the issue but the point is still that Xenia is about the following of the rules of obligation and not mere hospitality.

Now the reason I make mention of this is that the 1951 Convention relating to the Status of Refugees is also not the extension of mere hospitality but is a policy document replete with the obligations which the nations who sign up to it voluntarily bind themselves.
I think that it is pretty obvious that someone who has crossed the seas and had placed themselves in great peril, hasn't done so because the conditions back home, if indeed there is a home to go back to, are all that brilliant. Granted there probably is a case to be made that some people are trying to migrate illegally but we live in a nation where the rule of law exists and the default position should always be to test cases before judgement is passed.
At any rate, if someone is fleeing persecution and/or war, they're hardly our enemy and even if they are, the "values, customs, conventions, and norms of the Judeo-Christian tradition" explicitly state that we should feed them, give them a drink if they are thirsty and overcome evil with good. Mere hospitality seems to me like an entirely inadequate thing if we've signed up to something which demands a full case of philoxenia. That might include the friendly and generous reception of strangers who have fled peril but it certainly does not include leaving people in inhumane conditions with no real hope.

I am happy to see that the Senate voted to turn down Ms Hanson and Mr Bernardi's motion to pull Australia out of the Refugee Convention because that deserved to be quashed. I am equally disappointed and annoyed that the same the Senate voted to then fart all over the Convention that they'd just voted in favour for by effusion to close the facilities on Manus Island and Nauru. If that's representative of who we are as a nation, then we're a malfeasant, cruel and just plain idiotic one.
There's another lovely Greek word which describes all of this - Hypocrite.