Arguably the most famous of all of Agatha Christie's​ Poirot novels was "The Murder On The Orient Express"; it so famous that my tablet suggests all of those words in order before you type them. As you work your way through the novel you gradually learn that everyone who is named had some motivation for murder and spoiler alert: everyone did it. 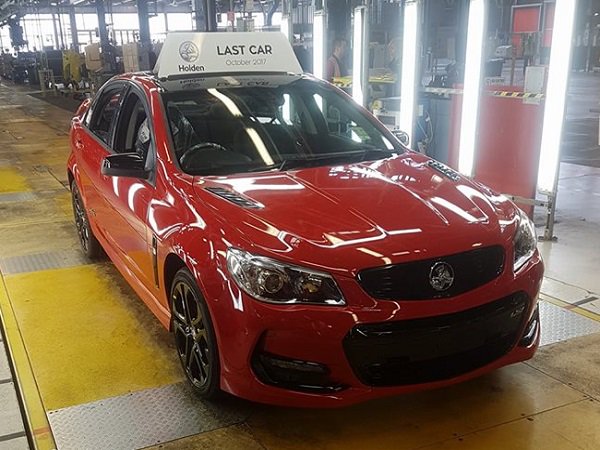 Rob McEniry - was CEO of Mitsubishi Australia in 2008 when instead of looking at developing a Lancer or Mirage variant, they decided to build the 380 which was a localised version of the Galant. Sure, the 380 was and is an excellent vehicle and in every way the better of the American Galant but it was simply too big and too late. If the car had debuted in 1997, it would have been something of a cult classic but that was not to be.

Mark Fields - was the CEO of Ford Motor Company in 2016. Even after Ford Australia had done the engineering work for the Ikon and the T6 Ranger, instead of letting them build any car which would ensure the viability of the company, he basically signed the death warrant of the Broadmeadows factory.

Joe Hockey - as Treasurer, on the 13th of December 2013, he dared the motor manufacturers to leave Australia and said that there wouldn't be any more subsidy payments. This was quite apart from the fact that for every dollar that was paid by the government in subsidy payments, it generated roughly nine dollars in economic activity due to the supply chain and related industries and generated roughly three dollars in additional taxation receipts for the federal government.

Akio Toyoda - was the CEO of Toyota, who made the decision to end production of the Camry. The Camry had always been a volume seller and was otherwise profitable. Just like Ford and GM, Toyota had profit shifted to avoid paying tax in Australia but were more than happy to take subsidy payments. Toyota could have easily built the Corolla, Hilux, Yaris or any number of vehicles in Australia if they wanted to.

Dan Akerson - was the CEO of General Motors in 2012 when the decision was made to replace the 9th Generation Impala. Rather than take up the VF Commodore which was already fully exportable and compliant with US regulations (with VE already having been sold as the Pontiac G8 before the whole brand was shut down), management in Detroit decided to protect American workers and only import the SS as an orphan, rather than the complete suite of three engine choices and the three suites of body styles (sedan, wagon and ute).
He was also the CEO of General Motors in 2013, who made the decision to kill off Australian manufacturing, despite the fact that the 10th Generation Impala was and still is a worse vehicle than the VF Commodore, and the fact that although the Insignia B is better than the 10th Gen Impala it is also worse than the VF Commodore.

The Australian Public - yes, this is also our fault and I am especially looking at every single one of you who drives a big SUV. The Australian public has bought loads of pathetic SUVs which can't even go off road, and have less boot space than either the Commodore, Falcon or Camry wagons. You think that by buying an SUV that you're buying something "cool" I assume but most SUVs are either uncool or seriously uncool; with only a very few number of exceptions.

In "Murder On The Orient Express", the victim dies because all twelve of the suspects line up to stab him; Poirot eventually shows his utter disgust at everyone during the denoument. It is never made clear which particular stab actually kills the victim and so blame is laid equally at the feet of all of them. In the case of the Australian car manufacturing industry, there are some very obvious stabs and a lot of tiny needle jabs but the fact remains that this list of suspects collectively killed off the Australian car industry and as I write this, no more cars are rolling off production lines in Australia. Australia as of 20th October 2017 is now the largest economy and indeed the only economy in the G20 not to produce a motor car. As of today, our premier motor racing category has two cars which have ended production and one car that isn't even on sale in Australia.
Probably as many as 120,000 people will never be employed at the same wage level ever again and the skills that Australia had in doing world's best engineering will dissipate. If someone can explain the logic of why every single car with a build date of 20th October 2017 and going forward, being imported and the money paid for it leaving the country, makes any sense whatsoever then I'd like to hear it.

There's been a murder; everyone did it; as of today, the blood is still dripping from the corpse.
Posted by Rollo at 07:17