Because of the way that the advertising algorithms work on Facebook and Twitter, I keep on seeing something for a company called Aussie Driver Search which tries to make the claim that it is running a competition to try out drivers so that they can get a drive in motor racing series but if you dig deeper, it appears to be a scheme to extract $800 out of people by holding out a promise which will never be fulfilled; that is namely, the chance to become a contracted driver for a motor racing team.
One of the things that the advert purports to give you is a drive in a "replica" Brock VK Commodore. Now I know that I am something of a pedant but the idea of a replica is to replicate the original; so when they get to that part in the advert where they show you what their "replica" looks like, part of me dies a little inside. 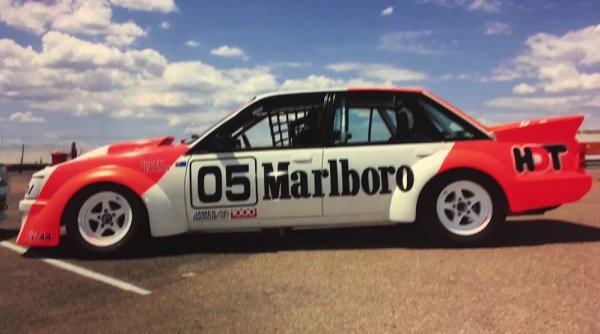 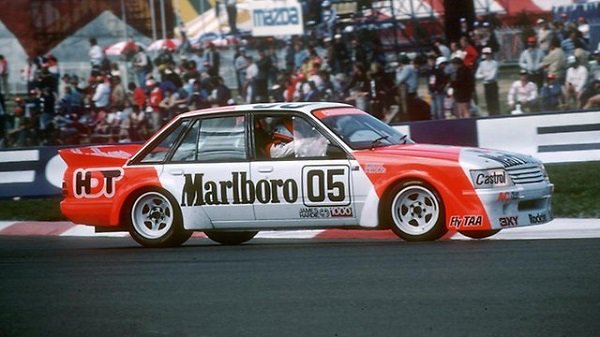 I have never been much of a Peter Brock fan. As a kid I thought that Dick Johnson's big green Falcon was amazing and that Alan Moffat's little Mazda RX7 (SA22C 13B) was about the coolest looking car on the face of the planet. Brock's whole carry on with the Energy Polariser a few years later, kind of poisoned any kind of heroism I might have bestowed upon him (as though the adulation of a random 8 year old meant very much anyway) but even so, I still know when something being held out as a replica is too much of a deviation from the truth to properly be considered as one.
The thing that really annoys me about this is that the original car in question which this thing is aping, is not only one of the most distinctive and iconic looking of cars in Australian motor sport but this was the one which claimed a 1-2 at Bathurst and finally redressed the balance for Holden after Moffat had given the General a black eye seven years earlier with another 1-2 in the Falcon coupes. Given that, it should be the sort of thing that you'd want to get absolutely correct and down to the finest of minutiae because people like me who live in a house on Pendant Corner (which is a 2nd gear left hander at 60mph), is going to notice it almost immediately.

In this particular day-glo livery there were precisely two cars built. For most of the 1984 season the cars had run a much darker shade of red and on top of that, they had not been the VK but the VH. The two cars had been specifically built for Sandown and Bathurst of 1984, in the knowledge that the rules change from the Australian Group C to the international Group A would render them both ineligible.
This means that the two Marlboro Holden Dealer Team cars in this shade and this configuration can be linked to a very specific period of time; and because there's only two of them, all variations are exceptionally easy to spot. This "replica" is therefore obvious in its wrongness to the point that it does my head in.

Look at the bonnet; just look at it. What do you see? A bonnet bulge? Okay, that is perfectly acceptable on a 1979 A9X Torana but a 1984 VK Commodore it is not. Actually, there were precisely zero VK Commodores with a bonnet bulge that went motor racing, in either Group C or Group A. Can you have a bonnet bulge on a VL? Absolutely. How about on a VN? Again, most definitely. But a bonnet bulge on a VK? Not one VK Commodore either for the road or the racetrack was ever issued with a bonnet bulge. Neither the three slat Group C or Group A or the letterbox style which raced in 1986 had a bonnet bulge.
Why is it even there? If it's there to look cool, then you've missed the point of what a replica is. If it's there because it needs to be there, then that means that you've done something to the engine which was obviously never done to the original because the original never ever needed a bonnet bulge. So what gives?

You've taken a VK Commodore and given it a nice paint job in homage to the original (albeit one that's pretty darn close) but it's not exactly a replica, is it?
Granted that you might have built a more competent car than the original, and you probably have one that produces more power (because the original in race trim was only getting about 490bhp and you can buy road cars with more power than that now) but it's still not a replica. It's a close copy and perhaps even a pretty good thing in its own right but the original was kind of a squirrelly car that danced about a bit. This thing is probably pretty solid and sure footed on the road.

I will say this in its favour, that is that it's a good thing that they didn't redact the cigarette sponsorship down the side. Of course I can see the irony in Peter Brock's car promoting an anti drink-driving campaign by running the number 05 (and running it well after the funding had run out) but at the same time being sponsored by cigarettes. The message inadvertently is "Don't drink and drive but cigarettes are fine". What annoys me is when cigarette advertising is redacted from old footage and other things, despite the fact that the actual thing had them.

I'm afraid that's kind of a big "No" from me, Aussie Driver Search. Calling something a "replica" when it isn't, bothers me. Holding out the promise of winning a competition which doesn't really look like a competition, also bothers me but business is business I suppose and if they're prepared to openly lie with the physical appearance of a "replica" then taking your money under the false pretense of a competition, is entirely within the garage of possibilities.
Posted by Rollo at 07:17