Horse 2393 - The Rise Of Unfriendly Furniture

There is a new kind of terrible scourge plaguing our civic environment. I have noticed its creep all the more over the last few months as it progressively invades more and more public space. That scourge upon our public space is none other than unfriendly furniture.
I don't know what goblin in an office somewhere decided that this was a good idea but I've seen it in bus stops and train stations, in town squares, in alcoves and doorways and even in public parks.

The idea in principle is pretty obvious. Unfriendly furniture is usually installed in places where people are expected to wait for things but where the authority in charge, doesn't want them to hang around for a long time. It's ostensibly to stop vagrants from vagrantising, to stop bums from bumming around, and to get homeless people to be homeless somewhere else, but all it does for the rest of us is to make spaces where you might already be bored in, or might want to enjoy, just that little bit more annoying. 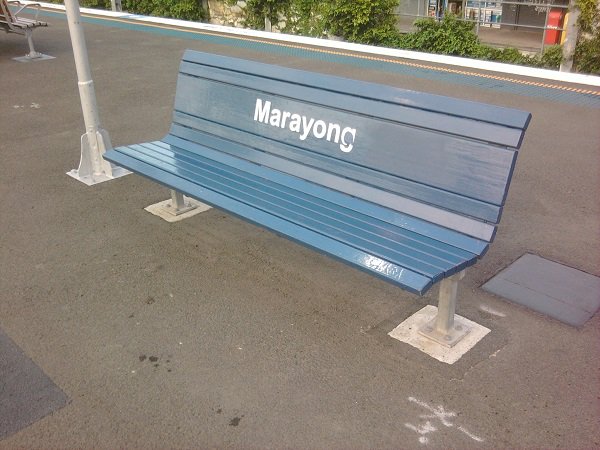 - A "normal" bench at a railway station (now removed) 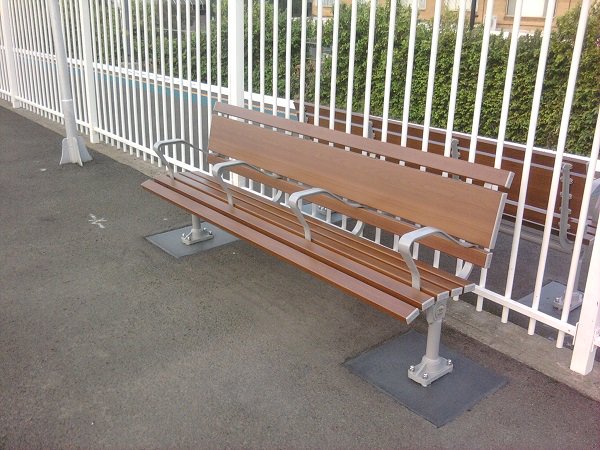 A public bench is a thing of great beauty. All you might see is somewhere to sit but what I see is a chance for a weary traveller to pause, a place for someone in a public park to stop and draw deeply from the well of serenity, and maybe even a place that someone might engage in that glorious pastime of having a nap.
It is the latter of those things that civic planners and people at the council begin to foam at the mouth at, which makes the veins in their temples start to visibly pulsate, and which sends those would be Napoleons who have doctorates from the University of Bureaucracy with majors in Clipboardology and minors in Red Pen and Nerd Voice, to their superiors to voice their indignation and outrage. How dare people have a nap in a public place! How dare anyone spend a second longer somewhere than they absolutely need to!

I understand that vagrancy might be something of an issue if you're concerned about keeping the ugly parts of society well out of sight because you are anaemic and allergic to reality, and I can understand that the people who hold the power to vote councillors in and more importantly out of office have concerns about their properly values as though a vague concept (which doesn't actually matter until that property is realised in value) is a modern day idol which has to be worshipped but at places like railway stations where travellers might be taking luggage with them, or be stuck still for extended periods of time, it is madness.

At places like Wynyard where you have narrow spaces between the edge of the platform and the walls of the station, those leaning benches make sense. When things that serve a purpose are thoughtfully placed where they serve that purpose elegantly, then they positively sing a symphony into the world. However, when you have those same leaning benches in a place where you might be waiting somewhere for half an hour and beyond, then the symphony that they are singing is more dissonant than forty-six cats yelling in an empty warehouse.

Unfriendly furniture by design is supposed to be slightly uncomfortable. That means that for the purpose as intended, it does a good job. That purpose when deployed in almost every circumstance, is nothing short of monstrous.
If you have a bench with metal armrests in the middle of it, to separate it into several seats, then you can not sprawl out over it. Forget trying to snuggle up to someone special in the park because a man with a clipboard (and yes, I am accusing men at the council because I can practically guarantee that no woman would ever be that much of a total knave to do this) has taken his big red pen and ruled through any possibility of that. Also, at the minimal payout of preventing vagrants from sleeping on a park bench at night, the expense paid is that people during the day can't have a kip in the sunshine on that bench either. In a world where everyone is expected to run at nineteen to the dozen all the time; fuelled by caffeine, then the chance to take a "power nap" has also been ruled through by the man with the red pen. I don't know what kind of twisted misanthrope would want to wish this on society but apparently they inhabit rooms in council offices (presumably with the lights turned off supposedly to save electricity but in reality it's because they're all bureaucracy goblins whose eyes can't handle the light).