Horse 2404 - Where Have You Gone, Henry? A Nation Turns Its Lonely Eyes To You

The news has been trickling through the internet recently that the Ford Motor Company has taken the somewhat remarkable decision that for its North American market (which for some reason does not include Mexico), when the current round of passenger cars reach the end of their model cycle, they will not be renewed. This means that from about mid 2019, the Ford Fiesta, Focus, Fusion (Mondeo) and Taurus, are all doomed; only the Mustang will survive the chop. If you want a sedan or hatchback in North America from about 2021 and onwards, it will not be a Ford.
After the reorganisation, the North American line up for Ford will exclusively be the Mustang and a range of SUVs and pickup trucks. 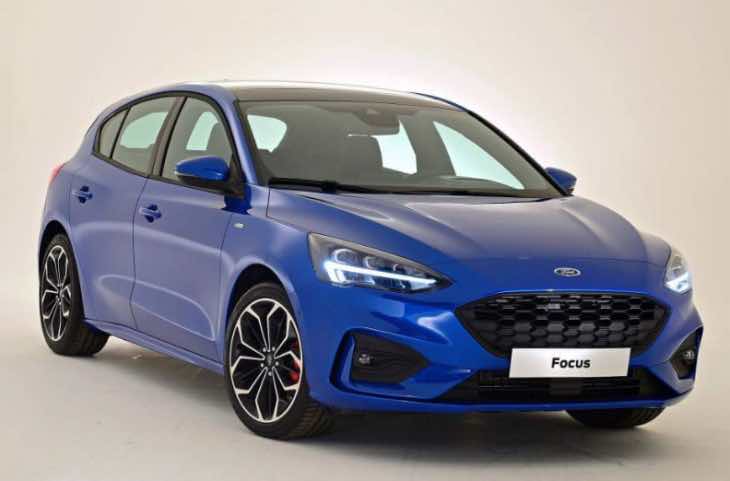 Ford Australia have said nothing on this subject (mostly because as a purely import company now, they have the management pull of a mango in a cyclone) but I expect that the Fiesta, Focus and Mondeo are probably safe because Australians on the whole tend to buy smaller cars than people in North America and the most hotly contested market segment in Australia is the small to medium car class; closely followed by the small to medium SUV class.

As much as I personally think that the decision is bordering on corporate insanity, I think that an organisation like the Ford Motor Company will have had hordes of accountants and statisticians poring over the sales data for the last decade or so and have come to this decision with extreme care. The reason why I think that this decision is completely nutso is that by withdrawing from what basically has been the mainstay of the motor industry for the past eight decades, Ford has yielded its place. I can only think that they've come to the point where they've realised that the marketplace can not sustain their presence and have shifted their resources to something more profitable.
The problem with this is the annoying question of what happens if petrol prices start to head upwards again and they've been left with a range of highly ornate lumps that they can no longer sell. I suppose that this is the corporate gamble that they've taken and that only time will tell if it pays off.

This is a story which has kind of already played out in miniature in Australia. I know that we aren't exactly congruous to the North American car market but there still might be something instructive here.
Mitsubishi Motors once upon a time dared to knock on the door of the top ten of sales in Australia. From about 2006 though, with the failure of their 380, which was a brilliantly engineered car that was simply too big and too late (had it been released in 1996 if would have sold like gangbusters), Mitsubishi scaled back their lineup, after scrobbling around with the Colt and Mirage, before finally withdrawing the Lancer from sale. I find it almost incredible that the company which was winning World Rally Championships with Tommi Mäkinen, would eventually become the shadow of its former self that it is today. As someone who writes more words than necessary about motor cars (and who would have loved to have been a motoring writer for a newspaper), even I struggle to name a single car in the current Mitsubishi line up outside the Pajero and Triton and neither of those are small cars.
If Mitsubishi is an object lesson on how to drive a car company into the ground, then it seems to me that Ford Motor Company have looked at that lesson and decided to go and do likewise.

Now I say this as something of a Ford fanboy whose heart beats for the Blue Oval, I really don't like this move. Having been weaned on a diet of motor sport since I were a wee lad, I've learnt that Ford as a company can not be trusted and that people win motor races and championships, despite of and in spite of the Ford Motor Company. The Cortina, Escort, Falcon, Sierra, Escort again, Focus, Fiesta, and Falcon again, have all won various championships after the head office withdrew its support and they were being run by third parties.
What this says though is that the underlying machinery of small Ford cars is mostly brilliant. Now whether they've been engineered in Dagenham, Broadmeadows or Cologne, Ford's smaller cars have been banging out brilliance since 1965. I still pine for my little Ka which was fatally wounded by a lady who ran into the back of me in a Toyota Yaris, because I know that it was the funnest car that I've ever owned. It was like they trapped lightning in a bottle.
Ford Motor Company have taken the extraordinary decision that after looking at all the options, they're going to deny the people of North America the chance to buy properly German engineered motor cars that will wear that Blue Oval, forever. I don't know what the people of North America did to deserve such a fate other than not buy enough small excellent motor cars.

My fear is that if Ford Motor Company decides that Australia is a bit like North America, they're going to deny us the chance to buy properly German engineered motor cars in future as well. They've already decided that we aren't good enough to build and engineer our own motor cars but they'll happily take our money.
As someone who will never ever be in the market for an SUV, because in principle I think that each and every one of them is fundamentally stupid and I'm quietly judging everyone who has one, if Ford decide to go that way in Australia, then there is the distinct possibility that I will never own another new Ford ever again.
I don't know how many people are like me in this respect, for whatever reason but that's the gamble which Ford have made in North America. I will admit that as a business, business does what business does but as a cultural touchstone and one of the great automotive tribes, it's like they're turning their back on their own people.
Posted by Rollo at 07:17