One of the perils with being cat owner is that unlike children who will eventually learn the social rules that you don't speak to someone while they are on the telephone, cats never will. As a result, if a cat wants to let you know something, they will just let you know. That's it. There's no filter, no holding back, no waiting. There's just the unashamed and open yell of feline impatience. 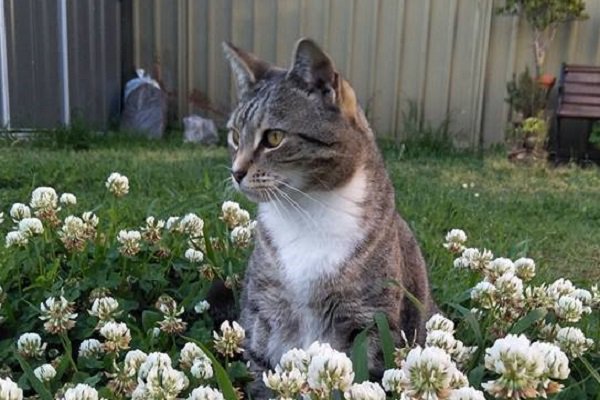 "Now I am become death, the destroyer of worlds" - Purranna (probably).

I was on a telephone call on Monday evening when Purranna walked into the centre of the room and announced to the world that she was the most important thing in it. When that didn't immediately capture my full and exclusively unequivocal attention, she jumped onto the computer desk and gave that familiar three tone whine that parents will understand; which means "I'm really bored." Of course when I asked the question "Are you having a whinge, Miss?" it then became apparent that I was on the speakerphone at the other end of the telephone conversation; which was rather amusing.

I don't have children of my own but having been in the world for a sufficiently long period of time, and having observed other people's children, I can safely say that although there are differences between children and cats, those differences are not irreconcilably different (people with children will more than likely accuse me of being ignorant). Cats lack​ the ability of speech but they make up for it by having a whole range of meows, whines, chirrups and moans; which means that they can communicate very effectively indeed. This is also coupled with the fact that the average cat has the ability to learn at least a hundred words; which might not sound like a lot but it is more than sufficient to describe almost everything that is relevant to their interests. Probably most of what we communicate to them is carried by tone but words like "chicken" and "nums" are of great importance to a cat.
Cats don't have access to a suite of vocabulary but from what I've seen, they aren't immensely complex; so what they do have is entirely adequate.

I don't believe the stereotype that cats are anti social killing machines that secretly want to eat you in your sleep because they are more than capable of showing genuine independent affection for you. If you are nice to them, they will seek you out when they want to, they will ignore you most of the time but it's because they're happy just sort of hanging around and doing their own thing, and they will absolutely pester you when they want to be fed or if they want to go outside. Although cats are supremely selfish, that's not all that much different from quite a number of people.
When Purranna walked into the middle of the room and then across my computer desk, her demands to be entertained weren't because she hates us and sees us as some kind of slave but because she likes us and seems to think that the people can solve all of her desires. We are the ones who open doors for her, we are the ones who feed her, and because she had eaten the moth that she had been chasing, I think that she was expecting me to somehow bring forth a fresh moth. She has on occasion yelled at me after the sun has gone down, seemingly in expectation that I can bring it back.

When you have something that will talk to you so readily, how can you not talk back? Cats and people are both social creatures and probably all reasons of why anyone decides to get a pet is because they will form a bond with them. Cats are sufficiently independent and precocious enough that becoming friends with them isn't exactly a straightforward transaction. A dog will be a friend to practically everyone who is nice to it but cats are far more discerning and discriminating. You be a friend with a cat on their terms; which may include the ability to rub your face all over them but even if you are friends with a cat, when they want to be left alone they will be left alone and you will have no say in that.

So even if you happen to be on an important telephone call, even if you need your attention directed elsewhere, even if their demands are inconvenient, if a cat wants something, it wants it here and it wants it now. They haven't got some grand evil scheme worked out, there isn't some overarching vendetta, it could be as simple as "I'm really bored" and the expectation that you'll fix it immediately.
Posted by Rollo at 07:17