Dear fandoms, we need to talk.

I realise that due to media such as The Fast And Furious movie franchise, video games like Need For Speed Underground and Gran Turismo on PlayStation, and the Initial D manga and anime, that the Toyota Corolla AE86 has acquired an almost mystical status which is well beyond its capabilities as a 1.6L warmed up econobox but the fact remains that it is still only that.
The AE86 came about because Toyota had a few chassis left over from their previous AE70 series of wagons. When Toyota applied the front end of the AE80 Corolla and then offer both the 1.5 and 1.6 engines, they got the AE85 and AE86 respectively, which were still rear wheel drive even though the rest of the AE80 series of Corollas had already moved on to front wheel drive. That meant that when the replacements for the AE85 and AE86 came along, they also switched to front wheel drive and​ Toyota built the AE92 and the four wheel drive AE95.

At the time, the AE86 Corolla wasn't even the best Toyota that you could buy either. You could get a Celica or perhaps if you we're adventurous, a 2.8L Supra.
As a dedicated race car, the AE86 wasn't much chop either. Depending on how touring car racing was organised in the various countries it found itself in, the 1.6L AE86 was either pitted against 2L cars and 3L cars. This meant that it found itself against cars like the Ford Capri early on and later, the 2.3 and 2.5L BMW M3, and would never stand a chance against the Volvo 240T, the Rover 3500 Vitesse, Holden Commodore, Ford Mustang, the Ford Sierra RS500 and the Nissan GT-R. Basically the Toyota Corolla AE86 was a cheap but slightly warmed up hatchback that when pitted against proper opposition, failed miserably. Granted, the AE86 did manage to hand Toyota the manufacturers' title in the 1986 European Touring Car Championship but that's because it won 12 of 14 rounds in class and had no real competition to speak of. That's like having the only 6 year old win a sports day because they were the only 6 year old at the sports day despite there being many 9, 10, 11 and 12 year old children.

Even in the manga and anime of Initial D, the original owner of the hero AE86 has moved into a Subaru Impreza WRX 22B, which in the real world was a proper racing weapon in the hands of people like Colin McRae and Petter Solberg. 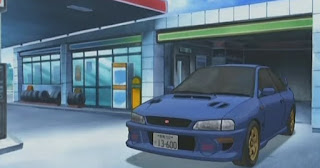 - Bunta Fujiwara ain't taking any of your AE86 nonsense.

As a drift car, the 1.6L normally aspirated four potter is not really powerful enough to make the tail end break out in the way that it allegedly does in various anime and video games. Granted it is a fun little machine but the reputation far exceeds the real world capabilities of the car. A bog standard six cylinder black motor Commodore running on 70 spec tyres is easier to get the rear wheels to break traction than the dinky little Corolla ever was. When Holden brought out the VN with the 3800 V6 Buick engine, it became even easier and it was so easy that eventually they had to climb around the engineering question by introducing a limited slip differential and an independent rear end. Quite frankly the AE86 Corolla doesn't stand a chance against a standard family hack if that's the intent.

Given the hero status of a car which very clearly​ does not live up to the hype, it would therefore make perfect sense to see what I saw sitting in a car park one afternoon: 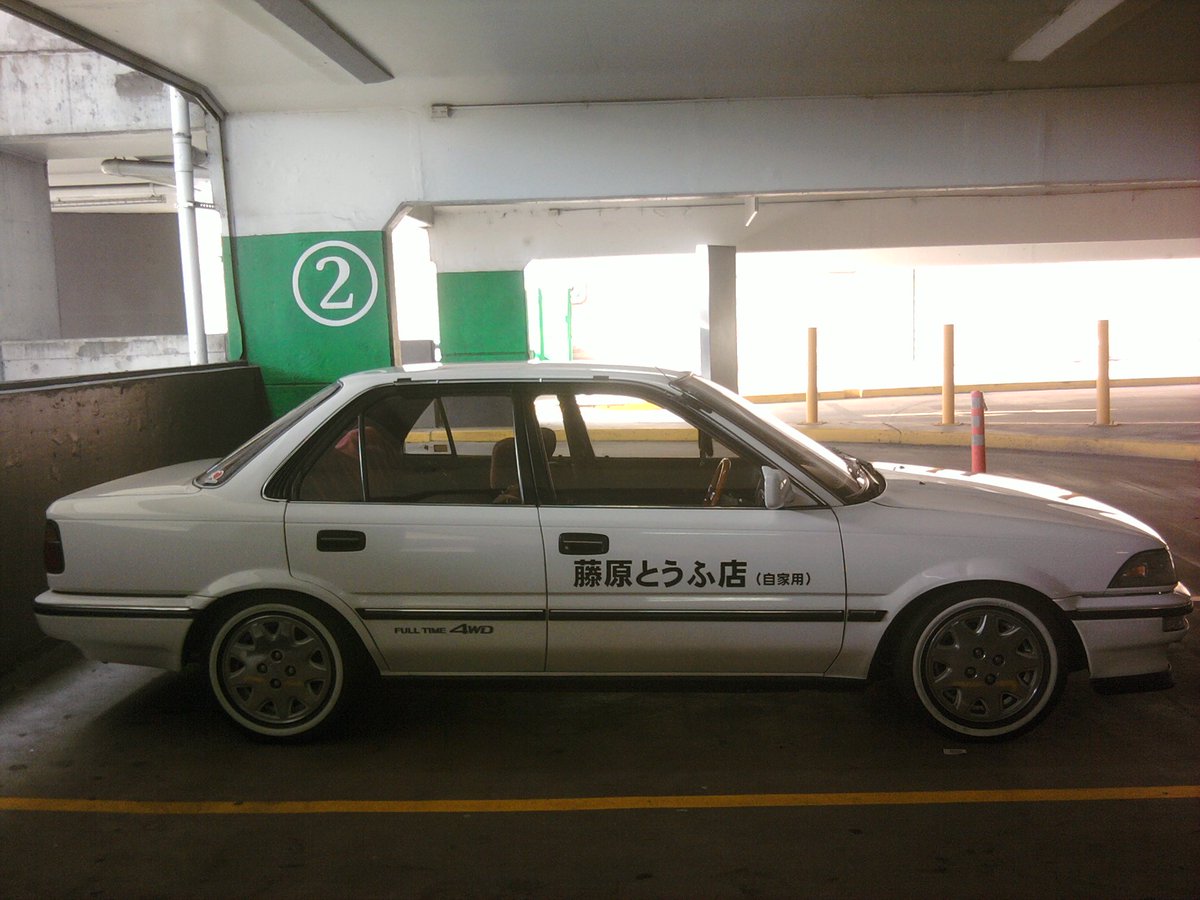 - If Takumi has any brains about him, he'd get on of these

I suspect that for the fans of Initial D or the myriad of video games, that this AE95 Corolla which is carrying the sticker for the Original Wisteria Tofu Shop, is bordering on blasphemy. This is an occasion though where the real world has produced something better than fiction. The AE95 Corolla in this guise features the same engine as the AE92 Corolla Sprinter which was the direct replacement for the AE86 but the folks at Toyota fitted it with both supercharging and four wheel drive. This car became the half way house between the AE92 Corolla and the ST205 Celica GT-4 which was in every respect a far more competent car and was going out and winning rallies.

Probably  Shuichi Shigeno used the AE86 Corolla as his hero car in the manga because he was thinking back to his youth and the cars that he once had. The truth is that most people's first or second cars are usually a bit rubbish but because we happen to overlay our little metal boxes with stories, sometimes they are endued with more competence than they really have. In my case, the funnest car that I've ever owned was a Mk1 Ford Ka but even I'm under no illusions that it was a a performance machine - it was fun because of its almost perfect geometry and suspension settings. The AE86 is a slightly tail heavy car with a case of deliberate understeer, so that it would be safer to the average schmoe if they happened to get unstuck, and really isn't that much different to drive than the AE70 stationwagon which it shares its platform with.
Precisely because it was used in the manga Initial D and in various video games, the AE86 then acquired a story but it still doesn't really change the fact that most of the fans have simply never driven one and the car is actually kind of lackluster to drive.

Aside:
Of course I am one big hypocrite here because if I was given the opportunity to lay my hands on a 1980s sports car, it would be a Mazda RX-7 SA22C and I would be prepared to have it sit in the garage for months because it keeps on fouling apex seals.
Posted by Rollo at 07:17