It should come as no surprise to anyone that the things that I watch on YouTube are mostly to do with Maths and Science, Motor Racing and Motor Cars, Politics, History, and edge cases like cat videos and goofs.
However, when I go forth and back across this swirling conurbation we call Sydney, I am aware that lots of people like to watch things like makeup tutorials, people preparing food, vloggers, and people playing video games.
I have no problem with this. People like what they like; for random and often unknowable reasons. For instance, this week I was genuinely watching a TV show which had two guys trying to decapitate a stimulant head from a body by using a rocket powered sword. Seriously.

One of the things that has come across my attention on multiple occasions, is when parents put a tablet in front of their toddlers on public transport and they watch CGI animated videos of nursery rhymes. To be fair, if you are on public transport with your toddler then I do not blame you one iota for wanting some shred of peace where you can possibly get it. I think that anything that you have at your disposal to make public transport a little less hellish, is completely justified.
What I will say though, is that thanks to being on buses and trains where I am forced to stand for three quarters of an hour, I have inadvertently been subjected to the bewildering world of Cocomelon; increasingly against my will.

I have no idea who produces Cocomelon videos (there are no links to a website, Wikipedia seems to have no idea either) but whoever they are, they have done remarkably well for themselves. As a channel which exists on YouTube, which takes music which is in the public domain and then animates children's songs, you'd wonder such a thing can possibly make money but when you consider that YouTube's ad services literally do not care who or even if the person watching at the other end has either any money or the ability to use it, Cocomelon has a pretty good business model.
The target audience of Cocomelon are it must be said, the equivalent of sponges with eyeballs attached. Provided you can keep a small child in front of a device, they will keep on watching, regardless of quality, context or content.
That isn't to say that the quality of Cocomelon's videos are objectively bad, it's just that the content is banal and looks so saccarine that I'm suspicious that you're going to get eye diabetes just from looking at it. This is of course deliberate and extremely savvy from a business perspective. The objective is to keep those eyeballs looking at the screen for as long as it takes to get the delicious ad revenue. This is calculating amorality at its most efficient.

After being subjected to this against my will on multiple occasions, on trains for almost an hour at a time and by completely different and unrelated people, I am officially filing Cocomelon videos in the same bucket as Dora The Explorer, Calou, and Paw Patrol¹.
There is just something that I find really creepy about Cocomelon videos. The CGI model of all of the characters, who I can only guess are unnamed, falls into one of the dells of the uncanny valley for me. There is something that I find almost viscerally repulsive about them; in much the same way that I find Cabbage Patch or Kewpie dolls creepy. This is the kind of thing that nightmares are made from and have already been exploited in the cinema - think of Chucky.
I also find it sort of creepy that on the splash screen for the videos on YouTube (I really really do not want to go beyond that point and watch them), the selling point appears to be a blob telling you how long they are. It is almost as if the concession from the outset is that even Cocomelon knows that their content is terrible but if you are a parent and want to do something else, then you have 37 minutes of eye heroin that you can give your children. 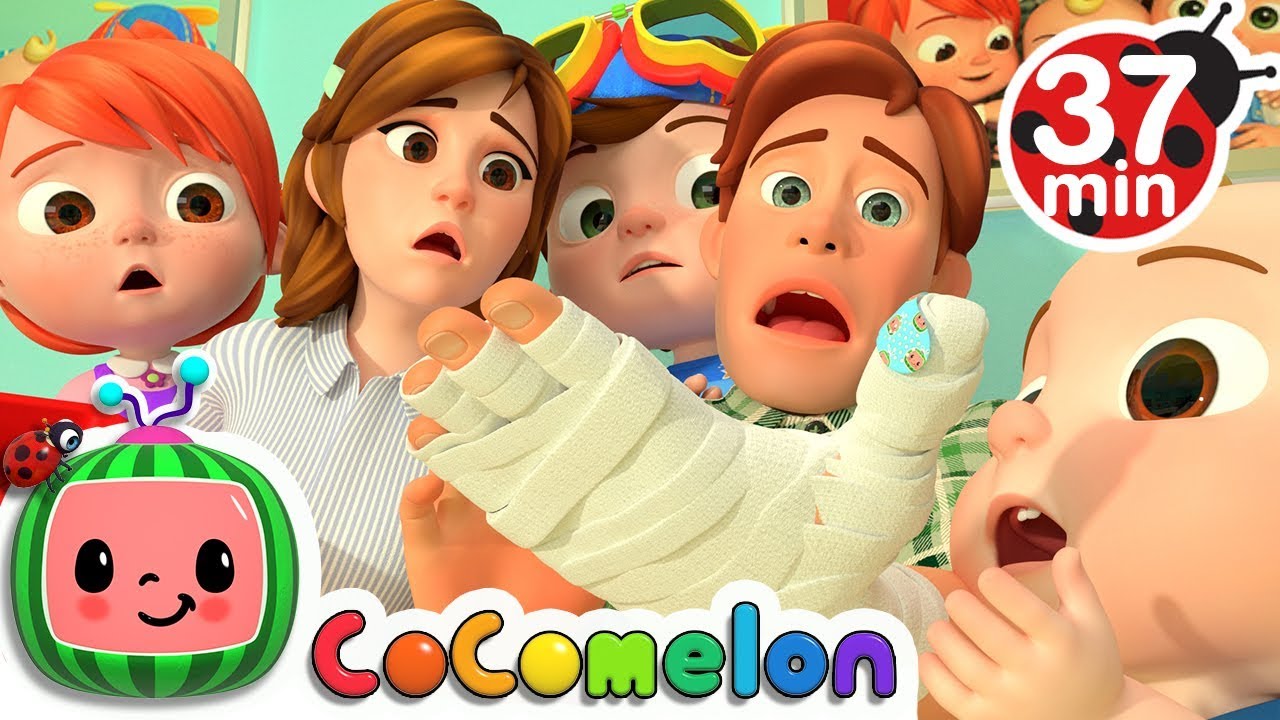 - and the pain doesn't go away for the rest of us, either.

Of course I say this in the spirit of complete hypocrisy, as my own unique brand of brain heroin is Maths and Science, Motor Racing and Motor Cars, Politics, History and the like², and I know that I prefer the radio and podcasts rather than watching videos. I also am totally aware that I am not even remotely the target audience here and all of this is very much in old man yelling at a cloud territory.
When most of us are on trains and buses, being carried along for an hour at a time, we all have headphones and can not hear everyone else's personal brain heroin going on. One of the great inventions of the twentieth century wasn't just the Walkman but the 3.5mm headphone jack which meant that the personal stereo was actually personal; now that we all have screens and can watch videos as well as listen to stuff but it is still all personal and quiet. We all absorbed the rules of etiquette however, little people have not.
Big people know that we need to be quiet. Little people who are on buses and trains and who have no impulse control, will watch and watch and watch and watch, with no headphones; which means that the rest of us are forced to endure it.

The thing is that I don't think that I'd mind if it was something like Peppa Pig or Bluey. Linear storytelling, provided it is well written, jumps over the barriers of age in a lot of cases. Cocomelon videos are designed for people with attention spans of only a few minutes and they string together segments in a never ending sequence of specifically targeted brain heroin for those people.
I don't think that the producers of Cocomelon care about the real world consequences of their videos. Their videos are clearly made for plonking kids in front of for extended periods of time, which is fine I suppose but chaining me in front of them and against my will on public transport, is unpleasant. I do not need to hear the "Yes, Yes, Vegetables³" song for the ninth time in a row.

I think that it was Jean-Paul Sartre in the play No Exit who penned the line that "Hell is other people" (and in an entirely different context) but I could be wrong. Again, I am completely aware that for everyone else in the world, I am other people and therefore their hell (which is getting pretty close to Sartre's idea of 'the other' in that play). The lot that falls to me in this case is to suffer in silence, while the band-aid solution of videos being played out loud, sits in place of the sounds of screaming little people⁴.

¹If I am ever captured by Minitrue, I have just divulged what needs to go into Room 101 to break me.
²Chasing The Moon which is currently on SBS, which is about the Apollo Program, ticks many boxes for me.
³I would be prepared to hear from a second wave ska band called Yes, Yes, Vegetables though.
⁴Which would be a pretty cool name for a third wave punk band.
Posted by Rollo at 07:17