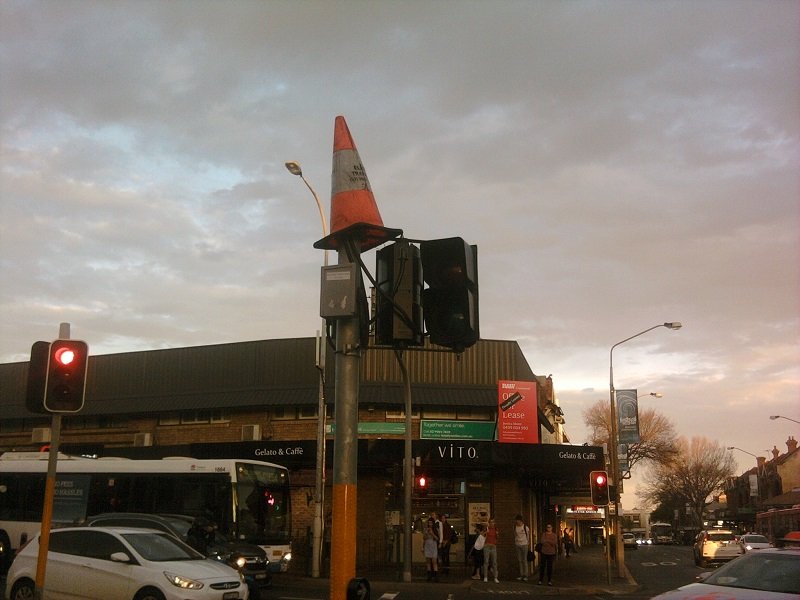 On September 2nd, a witch's hat appeared on top of the traffic lights on the pedestrian island in the junction of Military and Spit Roads. My first reaction because this is now the twenty first century and we've all been taught by the internet, on Instaface and Twitgram, that memes are funny, was 'Kek lol. Go home traffic lights, you are drunk.' Smiley face. Heart. Like. On reflection though, this was a really puerile idea and I didn't post it until now.
A month later and the witch's hat is still there and I have seen no effort by the council, nor any traffic authority, to get it down. Seeing as it harms nobody, why would someone waste the time and effort to retrieve it? The net reward of having one traffic cone is less than nil. The traffic cone remains. 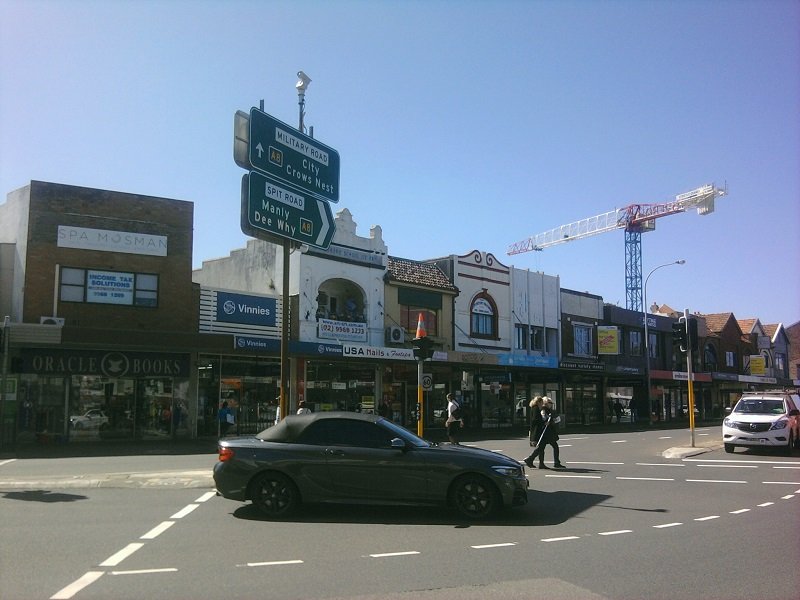 I thought about trying to write some really profound blog post about the power of persistence of the witch's hat but this is more about apathy in action. I had a hundred and seven words written about the witch's hat quietly ironically failing in its only function by being noticed but not warning anybody of anything but that too seemed like a sad waste of time.
I tried to imagine what it would be like to be the traffic cone but that took me to equally boring places. I thought about its personality but that meant endowing the traffic cone with a gender and that had problematic consequences no matter which direction the blog post went.

At every turn, the witch's hat/traffic cone, demands to be written about but because it is so obvious, it defies any sensible description. Ever since the beginning of time, every single joke in the history of the world, be it literary. verbal, or physical, lies in the positional substitution of semantics in logic.
Every joke has some kind of patter which forms the setup in expectations and then the punch line is some variation in the subversion of the logic which has been setup. This witch's hat is itself the punch line by virtue of it being in an unexpected place; where the expectation of place is the implied patter to the setup of the joke.
I actually can not improve upon 'Kek lol. Go home traffic lights, you are drunk.' because it is really economical in execution. It also endows the witch's hat with a personality albeit one which is not even one dimensional.

'Kek lol. Go home traffic lights, you are drunk.' is also amusing in that the traffic lights are always home and it wouldn't need to go anywhere, even if they sobered up and took the witch's hat off of its head.  This also illustrates the inherent problem with analysing a joke; in that once you have picked apart the logic, all you are left with is a bunch of illogical parts. Don't explain the joke, ever.

There's also something quite beautiful in this. Thousands of cars and thousands of people pass through here in a week and while it is amusing to see for the first or second time, it very quickly becomes just a part of the furniture of the built environment.
As the sun beats down, the rain slaps against it, and the plastic degrades, the witch's hat gets one day closer to its eventual removal; either deliberately or just because it will eventually fall off due to lack of structural integrity.

I should open a can of Memento Mori here and empty the contents into the bowl of the three hounds of Hades, Sheol, and Abaddon, where feeding time is all the time but I am not sure if they necessarily like the taste of traffic cone (I do not think it is like the taste of ice cream cone). The big problem with a dead witch's hat is that as it is made from plastic, it degrades but does not break down into anything that nature finds useful. If the Earth had a personality it would probably think that the atoms of the witch's hat were just its own but slightly rearranged but that is what happens if your time frame is longer than all of the living things upon it.
Just like the thousands of cars and people who move through the intersection, this to shall pass. When it finally does go, unless you remember that it was ever here, it may as well have never existed. Possibly apart this blog post, it will not be memorialised and its place will remember it not.

Perhaps 'Kek lol. Go home traffic lights, you are drunk.' is about the best that can be hoped for here. It isn't a very amusing joke but neither is putting a witch's hat on top of the traffic lights world class comedy. Nobody is taking home a Perrier Award or packing out the Plesence at the Edinburgh Fringe Festival with this humour. My sides remain very much unsplit. The joke dividend here is non zero but trivial. Yet as I pass through for yet another day, the traffic done remains.
Posted by Rollo at 07:17