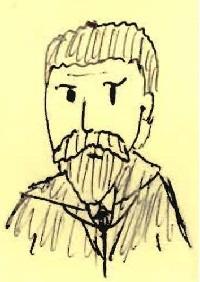 If Edmund Barton being a reasonable person, couldn't hold together the parliament, suffered poor health and had to resign because of it, then Alfred Deakin's first tilt at being Prime Minister was a total failure.

Barton's resignation was to coincide with the 1903 Federal Election. Deakin would officially take the leadership of the party following the election.
The Protectionist Party, again didn't manage to secure a majority in either the House of Representatives or the Senate and won 26 seats, compared with the Free Trade Party's 24 seats and Labour's 22 seats, all of which individually were short of the 38 seats required for a majority and to form government.
The Australian Labour Party which had promised to support the government on matters of supply but nothing else, didn't see eye to eye with the Protectionists on any other issue and so the government from September 1903 until April 1904 when Deakin resigned, failed to pass a single piece of legislation.

Deakin's first of three occasions as Prime Minister, was marked with in-fighting and poltical malaise. I think that it stands as the least productive government in Australian political history.
Deakin's resignation as Prime Minister was more or less a concession that the parliament was unworkable and the leader of the Labour Party, Chris Watson, who took over the job, found it no easier. 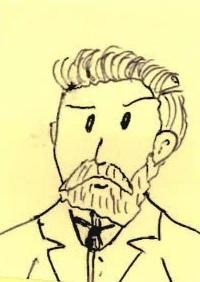 Born in Chile and having both German and New Zealand ancestry, John Christian Watson (Chris Watson), was the first leader from any labour movement in the world to hold executive office.

Watson was a founding member of the New South Wales Labour Party in 1891; was elected to state parliament in 1894 and was a member of the first parliament in 1901. When the Labour Party formally adopted a national administration, the caucus elected him as leader of the party. Though being the Prime Minister from the smaller party of a coalition, meant that he didn't really fare much better than Deakin before him. It didn't help that the composition of the parliament was identical to when Deakin took over the premiership following the 1903 election and would remain so until the next election.

Apart from bills of supply which were necessary to keep the functions of government going, the only act which was passed during Watson's tenure as PM was the Acts Interpretation Act 1904, which as the name suggests was only administrative and not really defining policy.
Watson found the job of Prime Minister as frustrating as Deakin and he resigned the position less than four months after arriving in the job.

Watson would remain Leader of the Australian Labor Party until 1907 and even see the numbers bolstered but he would never again be Prime Minister. 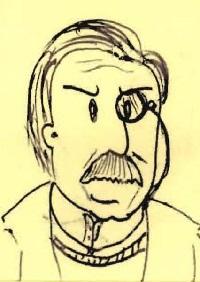 George Reid was very much an economically liberal businessman whose Scottish tendencies were obviously apparant.
As a barrister, he developed a lightning wit, which is borne out by the rather famous quip when a heckler made a comment about his rotundness."What are you going to call it, George?" to which he replied "If it's a boy, I'll call it after myself. If it's a girl I'll call it Victoria. But if, as I strongly suspect, it's nothing but piss and wind, I'll name it after you."

Reid took over from Henry Parkes as leader of the NSW state Free Trade Party and took the logical position as leader of the party at Federal level, following Federation, and led the party to two successive election defeats.
After Barton, Deakin and finally Watson resigned the position of Prime Minister, the Labour party switched their alliance on matters of supply and Reid found himself in the top job. He knew that the leftist Labour party couldn't patch together their differences with the rightist Protectionists and it would only be a matter of time before they would also tire of the rightist Free Trade Party.
Reid's premiership was mostly as fruitless as the previous two and in July 1905, his predictions rang true as Labour again shifted back towards the Protectionists.

George Reid accepted that the Labour party was looking for a more central role of government in the economy and he as Opposition Leader, set about to rebuild the Free Trade Party. Before the election of 1906, the Free Trade Party ran on a platform of anti-socialist policies and duly renamed itself the Anti-Socialist Party.

Deakin on the other hand, found that Labour was a bit more concliatory and even though Reid's Anti-Socialists won 26 seats to Labour's 26, with his own Protectionists falling to 21 in the 1906 election, the Protectionist/Labour coalition held together long enough to pass legislation to establish the Australian currency, Copyrights, Bureau of Census and Statistics, regulations to do with Quarantine, the Bureau of Meteorology, and Labour was able to dovetail a tariffs bill which had the effect of forcing private firms to pay "fair wages" to employees. The Australian Industries Protection Act although it could affect tariffs, still did not give the Commonwealth the power to rule over wages and conditions.

The Protectionists and Labour would eventually renew their old fights though and Deakin's bill for conscription in 1907 was defeated and very heavily argued against by former PM Chris Watson and future PM Billy Hughes.
In November of 1908, the stouch finally came to a conclusion when the Labour Party ended its support for Deakin, instead preferring its own leader Andrew Fisher.
Posted by Rollo at 07:22