The film "Lucy" starring Scarlett Johannson and Morgan Freeman opens this week and already, there's two things surrounding the discussion of the premise of this film which I find really annoying:

Firstly:
The idea that we only use 10% of our brain is demonstrably idiotic.
I propose an experiment. We need to find a volunteer who genuinely believes this to be true and offer, completely free of charge to them, to remove 50% of their brain. It'll be fine. If they only using 10% of their brain then surely, of the remaining 90% that they're not using, then they won't miss a giant chunk removed. We're still going to leave behind 40% of unused brain behind; so what are they complaining about?

This pop culture fallacy came about because of a comment in Dale Carnegie's famous 1936 book, "How to Win Friends and Influence People".
Let's be totally frank about this, Dale Carnegie's book (which presumably not many people have read any more) is actually trying to be helpful. He wrote this during the height of the Depression, during which time, there must've been some hideous things done to employees in the name of eking out what little profits were out there to be gained. Some of the sections in the book include:
- Become genuinely interested in other people.
- If you're wrong, admit it quickly and emphatically.
- Talk about your own mistakes before criticizing the other person.
- Use encouragement. Make the fault seem easy to correct.
- Show respect for the other person's opinions. Never say "You're Wrong."

Honestly, what's wrong with any of those? Those ideas and concepts seem perfectly reasonable to me. Not only that, but you can sum up the whole of "How to Win Friends and Influence People" with two general statements.
Either expressed positively:
- Love your neighbor as yourself.
Or expressed negatively:
- Don't be a knave.

What I find especially annoying about this first aspect of this is that Carnegie wasn't writing a science book and was so far obviously using this as a metaphor, to encourage people to think mindfully about their actions, that it is beyond the pale.
It's like when actors encourage people to "break a leg" before they go on stage. This is equally obviously used in an ironic way, unless you can find some actor who is so genuinely filled with black bile and rage, that they genuinely mean it.


Actually, Gizmodo does nail the answer in the very last paragraph.

http://gizmodo.com/where-the-10-percent-of-our-brains-myth-comes-from-a-1598507369
So when you see Scarlett Johansson gaining powers of telekinesis and beyond as she unlocks more and more of her brain's potential, know that all she's really tapping into are one screenwriter's flight of fancy.
- Gizmodo, 30th July 2014

Yes. That's precisely the point here isn't it? This is a screenwriter's flight of fancy.
IT'S A MOVIE PEOPLE!

I don't for instance hear complaints that being bitten by a radioactive spider, doesn't cause the recipient to gain superpowers; or that Krypton which is a Group 8 element and a Noble Gas, will not readily form a metallic oxide or silicate; or even that petrol actually burns relatively slowly and so cars generally do not explode with the alarming regularity that they do in movies.

I more than likely won't see the film "Lucy" and so this whole post is delving into meta-territory.
More worrying though is this upcoming film: 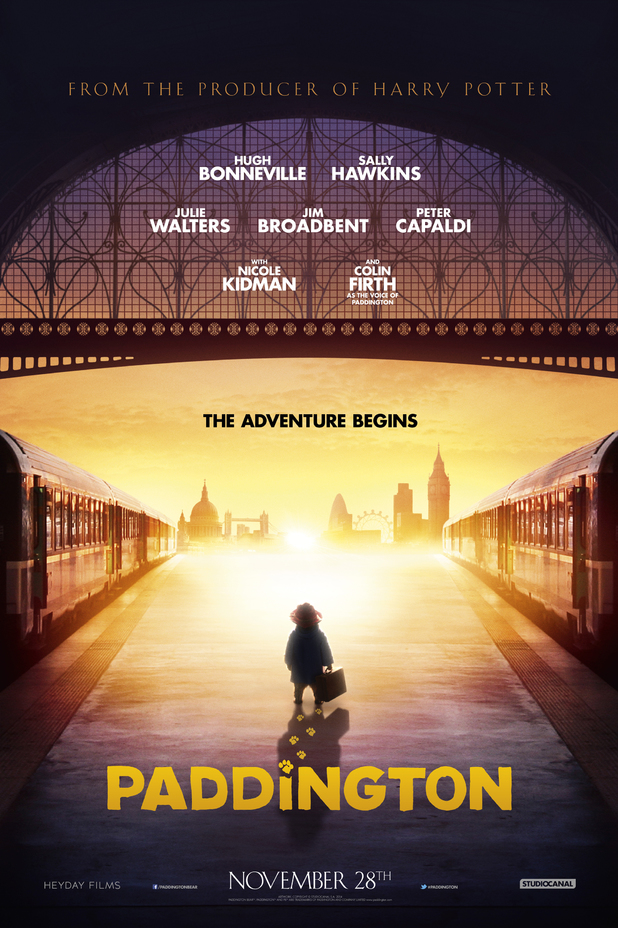 Quite frankly the Peruvian Government has something to answer for. How an un documented and unaccompanied minor is able to be smuggled into the United Kingdom is beyond me. On top of that, he has no visible means of support once he has been deposited there; and no, marmalade sandwiches, however tasty they might be, are at best only one lunch. Then there is the distinct problem of how they managed to teach a bear to speak and learn a foreign language. I wonder for instance if the "Home for Retired Bears in Lima" isn't some sort of euphemism for something deeply sinister.

Maybe this is something for MI5 to look into.
Posted by Rollo at 09:49