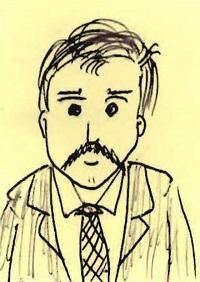 Regular followers of this blog will have noted that I refer to the principle known as Duverger's law time and again. Basically Duverger's law (as attributed to French philosopher Maurice Duverger) states that in single member voting districts, over the long run, there is a tendency towards a two-party political system.
In practice as various factions and groups form coalitions, their ties gradually become more formalised; resulting in larger parties which arise out of smaller ones. Most recently in Queensland for instance, the Liberal Party and the National Party have merged their party structures to form the Liberal National Party. Queensland in Australian politics is unique as far as I know, in that I suspect that the Nationals under Sir Joh Bjelke-Petersen held government in their own right.

Meanwhile, back in November of 1909, the Labour Party which was the larger of the two parties (being Labour and the Protectionists) in an unhappy coalition in matters on supply, voted in cabinet to oust Protectionist Alfread Deakin as Prime Minister and installed their own Andrew Fisher in the position.
Fisher took both the role of Prime Minister and Treasurer and committed the Australian parliament to replacing the Pound Sterling with an Australian Pound, establishing a compensation fund for naval officers and seamen and building the trans-continental railway (this would not be achieved until 1917).

Deakin on the other side, resented being deposed by a centre-left party and the Protectionists gradually would side with Joseph Cook's Anti-Socialist Party (formerly the Free Trade Party) after George Reid stood down as party leader, and formed a "fusion" party which would become the Commonwealth Liberal Party.
Although some ex-Protectionists defected across the floor to Labour; citing Deakin's move to join with the Anti-Socialist Party as a betrayal (Member for Hume, William Lyne, even going so far as to call Deakin "Judas" and subsequently running as an independent Protectionist), the Commonwealth Liberal Party held a proper working majority on the floor of the chamber and in late May of 1909 after the passing of the budget, they dumped Fisher from office. Fisher tried unsuccessfully to convince persuade the Governor-General to dissolve parliament.

Deakin's "fusion" of the Protectionists and the Anti-Socialist Party was enough to hold an absolute majority on the floor of the House of Representatives; rather than ask to dissolve parliament, they formed a majority government, which was more or less what would be the Commonwealth Liberal Party after the 1910 election.
Deakin wanted to purchase a Dreadnought battleship in what was fast becoming an arms race, however to pay for said purchase, Deakin wanted to raise the funds through a Federal Income Tax. The Indefatigable-class battlecruiser HMAS Australia (which would be the only capital ship ever to serve in the Royal Australian Navy) was completed in 1911.
The arguments over the Income Tax in Hansard were probably quite spicy, because as I was reading through them in the library, I kept on finding the words

In the 1910 Federal Election, Fisher's Labour Party (which would change its name to 'Labor' in 1912) won 42 seats to the Liberals' 31 seats out of 75 and a clear four seats more than required for a majority in the House. At the same time a referendum was passed to change section 105 of the Constitution to allow the Federal Government to assume any of the State Government's debts at any time.

Fisher's second turn at being Prime Minister did many useful things such as establishing the Royal Australian Navy, old-age pensions, allowing for workers' compensation, establishing Australia's own circulating currency, a maternity allowance, the government-owned Commonwealth Bank (which was privatised in 1992) and keeping with its labour roots, it oversaw the regulation of working hours, wages and employment conditions in many industries.

Fisher put to the Australian people a question in 1911 to do with the nationalisation of various monopolies, which was defeated in a referendum and a further six referenda were also defeated in 1913 (which were asked along with the 1913 Federal Election).
Fisher's government was possibly the most productive government in the first half of the twentieth century but it learnt that Australians don't like their Constitution. Of the 44 referendums which have been held in Australia, only 8 have been carried.
Posted by Rollo at 16:40