With Holden suffering their worst sales months since 1948, Ford is loudly crowing about the fact that their Mustang is outselling the Commodore. I find this to be quite tone deaf on the part of Ford because apart from two months when the Mustang was still a new model in Australia, the Mustang has never again been able to outsell the now discontinued Falcon. I suspect though that Ford don't want to crow all that loudly about that.
When Commodore and Falcon basically exited stage left from the top of the sales charts, that space was filled by the Toyota Corolla, Toyota Hilux, Mazda 3, and Hyundai i30, and Ford having decided that they'd again like to play at the top end of the charts, woke up from their stupor and have been pitching the T6 Ranger T6 in their ad campaigns. Again the irony is that Ford Australia developed and engineered the T6 Ranger and were then immediately refused permission to build it in Australia because Ford loves the profits that Australia sends to Detroit but is just like all the rest of the motor companies now in that they don't love Australians enough to employ them to build stuff. Ford's latest ad campaigns look even more tone deaf and I've now seen on telly, in print, and online, adverts touting the 2019 Ranger. 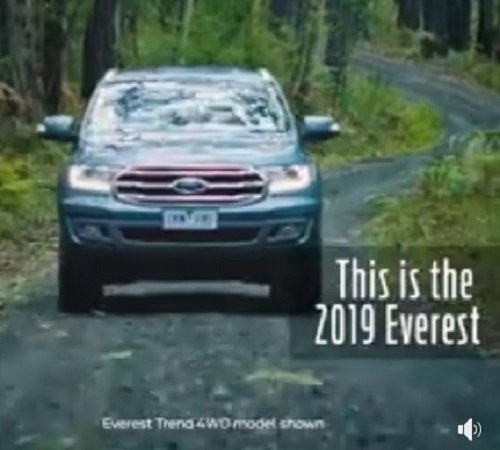 Today's date (and this is something which would appear on the blackboard of a kindergarten classroom) is the 19th of September 2018. 2018. 2018. 2018?! What Ford are trying to push on us is the absolutely idiotic practice of the Model Year, which I suppose is justified in their eyes as Ford Motor Company can't see beyond the city environs of Detroit and their Profit and Loss statements.
Out here in the real world where physical stuff exists and actual real life happens, the whole concept of a Model Year is "a bunch of stuff¹" in the words of Joe Biden.

The whole idea of a Model Year from what I can determine, came about because of Alfred P Sloan at General Motors. At some point in the 1920s, he hit upon the idea of marketing cars as fashion items in the hope that the hoi polloi would replace their cars in the same manner as the fashion cycle happened. This would have been a lovely idea in the 1920s where the rich in America were turning over obscene amounts of money in a hurry and there was no way that it couldn't last forever... except... except...
When the stock market crashed like a 1920s Cadillac doing 125mph with 1920s brakes, it slammed into the wall of destiny and everyone was really really sad for a very long time; starting the Great Depression, which wasn't all that great for anyone at all. It especially wasn't great for the motor companies and for a period of time while the world was plunged into another World War, the motor companies basically put their model lineups on hold as they too were drafted into the war effort.
It wasn't really until after the Second World War that new designs started appearing again and in the meantime they had practically halted. A 1948 Ford looks pretty much like a 1941 Ford. Armed with a revitalised economy and a growing middle class, the motor companies now found that they could cycle through new models without doing anything except changing the grills and lights on a regular basis and the idea of a yearly model cycle and a Model Year was reborn.
The thing that I find really really infuriating about the idea of a Model Year, is that the Model Year bears absolutely no relation to the calendar year. In some cases where a new model is built alongside an older one, they might both share the same Model Year; also if a particular model debuts at different times around the world, the same Model Year might last as long as 34 months. What kind of buck-wild nonsense is this?

There is already a perfectly good system for designating between different models and even sub-models of the same car and considering this is Australia and we've been using the system for the past seventy years, there's no need to be foisting this rubbish on us. That system is the already extent Model Code.

Across other manufacturers Model Codes are also useful. Proper car nerds should be able to tell what AE86, FD, EP3, FN2, R32, DC5 and KC are just by the code. They will also be able to tell you what the subtle difference between an AE85 and AE86 are as well².
For cars where the Model Code isn't used, the Generation Number is also useful. Fiesta Mk4 through to Fiesta Mk7 all sit on the same platform, the 3rd Gen Mustang is the Fox body car, an Impala 10 is the one that shouldn't exist because it should have properly been VF Commodore, and Ford Fusion 2 is Mondeo Mk4.
Technically this is a Ford Everest Mk3, which has been derived from the T6 Ranger. Ford if they were sensible would have given us the Model Code as the designation because the Model Year is not only deceptive, I'm going to say that it is a straight up lie.

Cars that are sold in Australia are by law fitted with a compliance plate. That compliance plate contains all sorts of neat details like the VIN and Gross Vehicle Mass but the one thing that renders the whole concept of a Model Year as a complete lie is the build date. The build date is the thing that tells you when it left the factory and I can tell you that unless Ford have secretly gained access to time travel, there is no way in nine kinds of Hades that that compliance plate will read anything other than 2018 by virtue of the fact that the car already exists.