This Saturday, millions of Australians will go to the polls. If the legitimacy of the government is only derived from the will of the people, then in my opinion the only properly derived legitimacy comes from actually asking all of the people. For that reason I think that having voting defined as a duty and not as a right, is the best way to frame this in a democracy.
Australia by dint of accident, also happens to have both preferential voting and proportional representation; so if we do end up with bad government and legislation, it is because of the dark art of politics rather than the system of voting.
It was only recently that the Australian Electoral Commission decided to put logos of the various political parties on the ballot papers. Again, I think that this is excellent because if you have a slew of candidates like we do in this year's race for the Senate in New South Wales, with 105 candidates from 35 parties, then logos are an excellent idea to help voters.
What happens if you are a massive nation like India? India's elections are roughly 40 times as big, with more than 20,000 candidates and 700 million voters; many of whom are illiterate. You print ballot papers with logos on them. 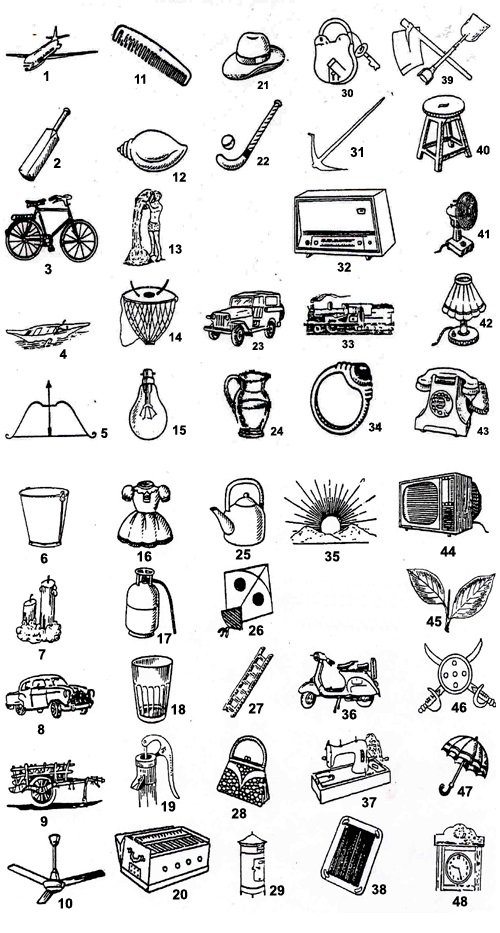 -I kid you not, these are genuine Indian political logos.

The electoral commission in India, has lists of various items which can be used as logos for the election; which without context look downright idiotic. Often common household objects are used by candidates as their official logo and they will travel during their campaign with that object to show to the voters.
It is entirely commonplace for a bunch of candidates at a town square type meeting, to stand in a line at the end of their debate and hold up their respective objects for the voters to look at. You might have candidates holding up a pot plant, a garden rake, a pair of scissors, an eggplant, a vacuum cleaner, a cabbage and a toaster; and when an illiterate voter dips their finger in ink, they might select the vacuum cleaner as their vote. Thus, Ashwin Rajesh might be selected in Rajasthan as the local member of the Indian Parliament, after having appeared in several lineups that look like they could have been on The Price Is Right.

I was watching a clip on the BBC News website, where there was a parade of people walking through the streets of a tiny town, and all of them were holding aloft a leek, while singing. Without context, it would be possible to think that this was some kind of cultural thing but it was actually a political rally. I don't know what the name of the candidate was or which political party he was running for, but the symbol of a parade of people walking through the town with leeks, wasn't lost on me. Had I been an illiterate voter in that town (and let's be honest as someone who doesn't speak the language that these people were singing in, the analogue is excellent), then I might have been persuaded to put my mark next to the leek on the ballot paper.

This got me thinking about the democracy sausage which has become part of the cultural fabric of Australian elections. Thanks to the internet, the idea of having a sausage sizzle which supports the local P&C, PTA, Scout group, Lion's Club or other charitable organisation, has four more fame than just inside our wide brown land. It has even become part of the Twitter iconography; whereas other countries might have a check box with a tick in it for their election hashtags, we have a sausage. Without context, that's really weird. If I was an Indian citizen, I might think that a democracy sausage was the logo for a political party.

This also got me thinking about just how terrible Australia's political logos actually are. Unlike the United States which has a Republican elephant, the Democratic D inside a circle, or the United Kingdom's Conservative Party which has a scribbly tree, or the Labor Party which has an English rose, Australia's big political parties are behind the times. Apart from the Greens who have that triangle, the other major parties are anonymous.
I have no idea what the National Party's logo is. The Liberal Party traditionally had that L thing but shy away from using it and Labor have some kind of folded over thingy. Nick Xenophon at least tried to make an effort with his big X, and the Australian Motoring Enthusiasts Party (amep) had the best logo of all with Ricky Muir's beardy face.
I think that we can learn from India. India has logos which need to be immediately recognisable because they need to do what all logos do and that is communicate an identity in the most efficient way possible.

Labor probably wants to steer away from the hammer and sickle but you have to admit that it was an unbelievably brilliant way to communicate that this was the workers' party. Labor probably needs a fist holding aloft a hammer because I can't think of a better way to symbolise work. The Liberal Party definitely needs a lion. The National Party needs to have one of those funky windmills that you see throughout the outback. The Greens can keep their dorky looking triangle.