52 posts ago I proclaimed that I have visited every train station in the Sydney Suburban Rail Network. As someone who rode the North West Metro line from Tallawong to Chatswood on opening day yesterday, that claim remains intact. However, just like the Carlingford Line, I found that getting to the North West Metro line at Tallawong was overly complicated and then compounded with opening day malfunctions. 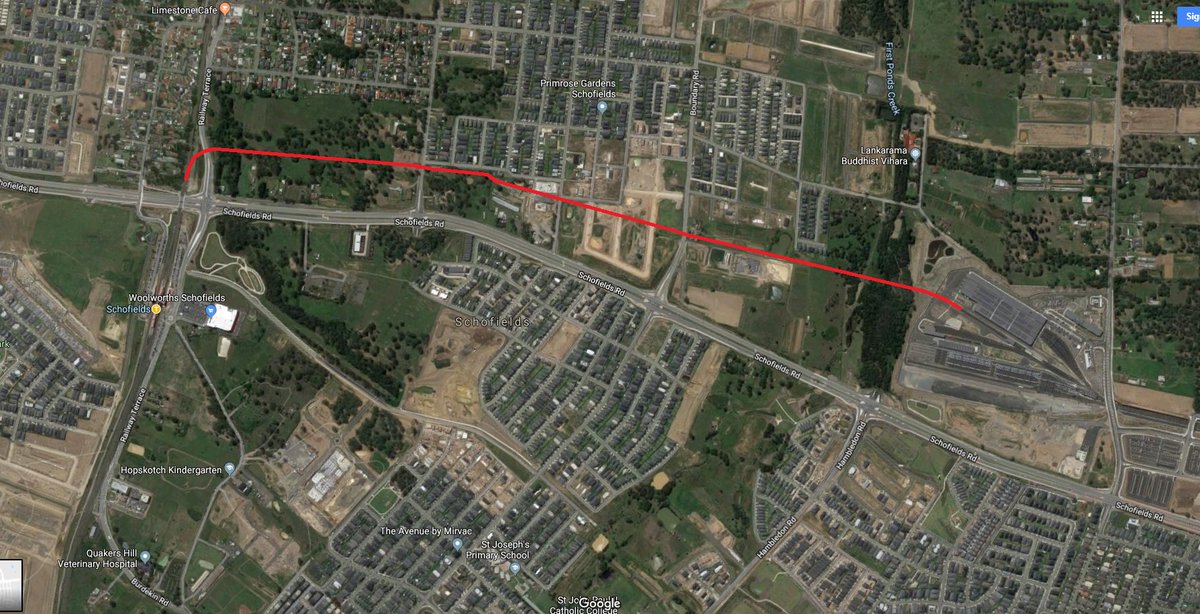 I live in Marayong, which is on the Richmond Line. In theory, the sensible thing to do would have been to connect the North West Metro line to the rest of the network to allow easy connection at both ends. NOPE. Instead Transport for New South Wales under the direction of the then Minister for Transport and current Premier of NSW, decided to cut the project 2275m short; with all of the land between Tallawong and Schofields stations being Crown Land.
As there has been a road widening project going on at the same time as the North West Metro line was being built, the excuse that this was somehow expedient to the project being built faster just doesn't it with me. Especially when the other end, terminates in the then Minister for Transport and current Premier of NSW's own electorate. This looks and smells like whiskey aged in pork barrels for 8 years. 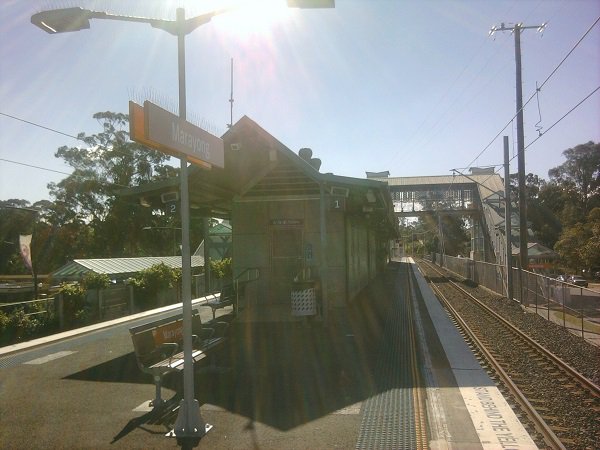 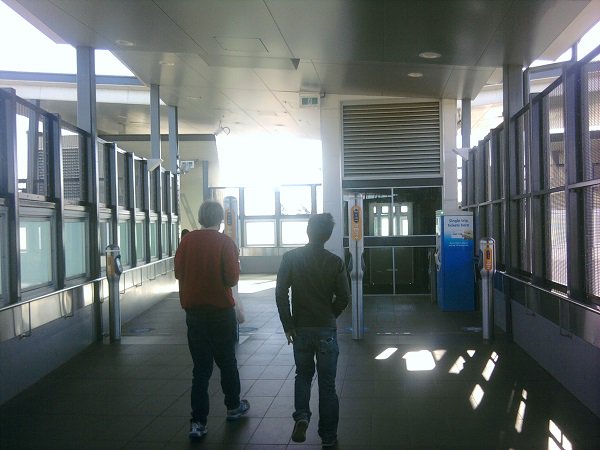 The trip planner at transportnsw.info suggested that I take a train from Marayong to Quakers Hill and then get the T72 from Quakers Hill to Tallawong. I really like Quakers Hill station because at night, with its hard steel lined panels, it reminds me of the old style pedestrian border crossings from East to West Berlin. 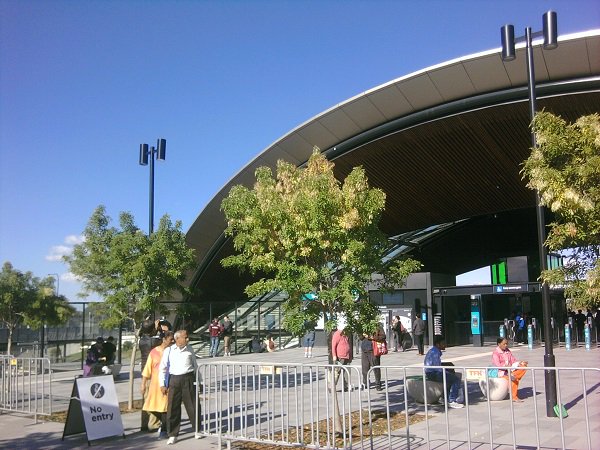 This is what I find really annoying. I live less than 5km away from the Metro and the public transport connections to it are awful. There are no Sunday bus connections from Schofields to Tallawong. There are some connections from Quakers Hill to Tallawong but they are terrible. There are buses from Blacktown to Rouse Hill via Marayong and Quakers Hill but they are equally terrible.
I found that my bus connection Quakers Hill to Tallawong had left 3 minutes before my train arrived. The next bus was an hour away and seeing as this was an hourly service, my best option would have been to go home and drive to one of the Metro Stations. This is idiotic. If I drive from my house to Rouse Hill Town Centre, or Castle Towers, It sort of makes the whole point of public transport redundant.
The whole point of my journey on opening day was an exploratory run; to see if I could go from my house to Chatswood in 90 minutes. If I could do that, then I have a bunch of options to go from Chatswood to where I work in Mosman. If that first connection is useless, then I gain nothing.
I have gained nothing.

The whole North West Metro line is built in a kind of neofuturist architectural style. I like it very much. We are moving away from the neobrutalist concrete forms, like the sort that you find in Olympic Park and have gone even futher down the road of the sort of architecture which you find on the line to Leppington. 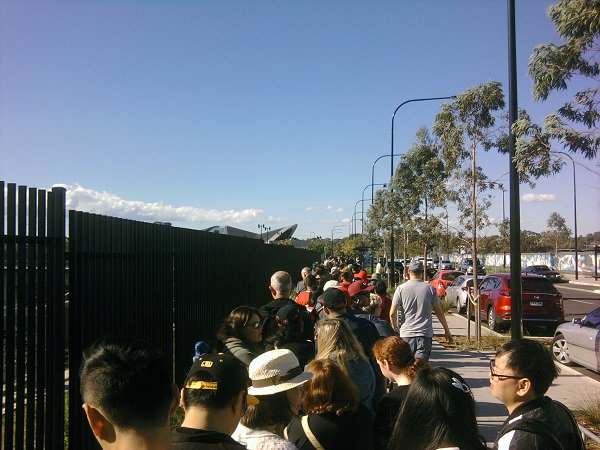 However, a pretty wrapping can not overcome the problems that the system has faced. It was estimated that more than 80,000 people rode on the North West Metro line on the opening day; which is the equivalent of only 40 trains in the old system. That normally shouldn't faze the line but when you have problems with the platform doors either not opening, or trains overshooting the platforms, this results in backing up of passengers which happneed at either end of the line. 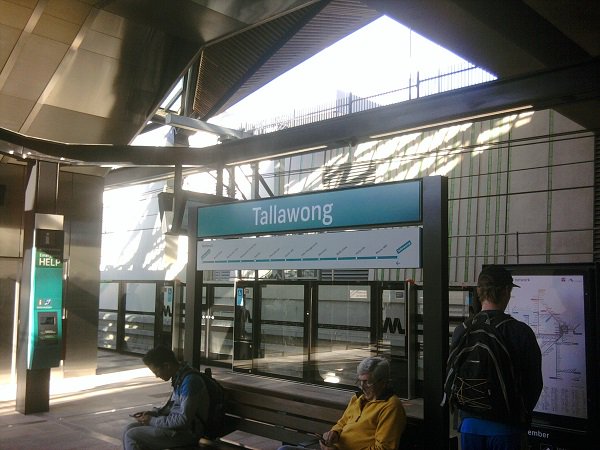 Inside, Tallawong station reminds me of a pallet swap of the Leppington line. It looks very smart. 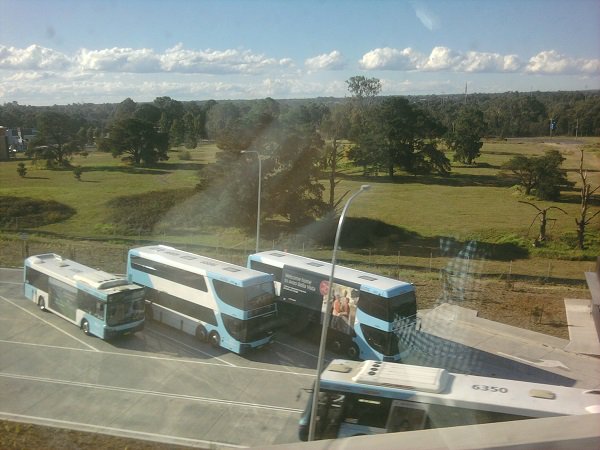 For four kilometres between Kellyville and Rouse Hill, the North West Metro line runs along an elevated viaduct which has the overly fancy name of "skytrain". Really, it's just a viaduct. 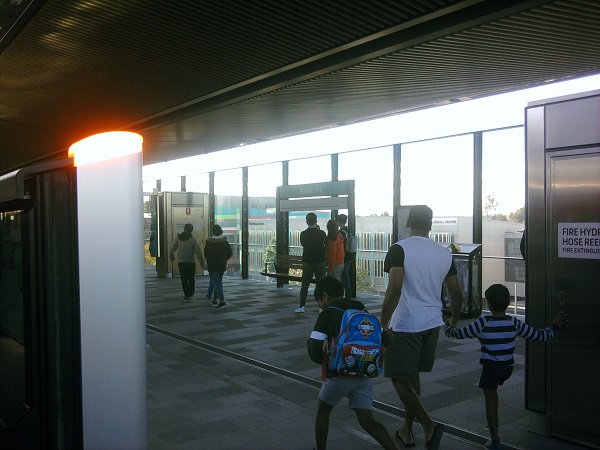 To prove the point that "skytrain" is just an an elevated viaduct, Rouse Hill station gave me the impression of being very much like Circular Quay; if the latter had been built in 2019. 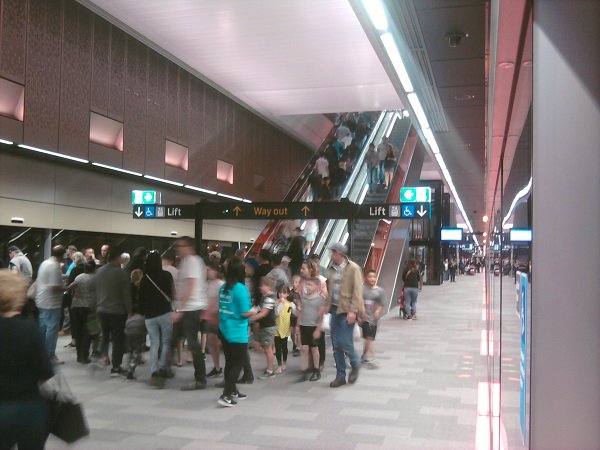 Underground though and while the stations are clean and sensible, they are soulless. They all pretty well much share this kind of box in the ground styling; which is reminisicnet of Blacktown Bus Station. I can imagine that this whole place because it would be impossible to wash due to the electric doors, will smell like wee wee in 2039. 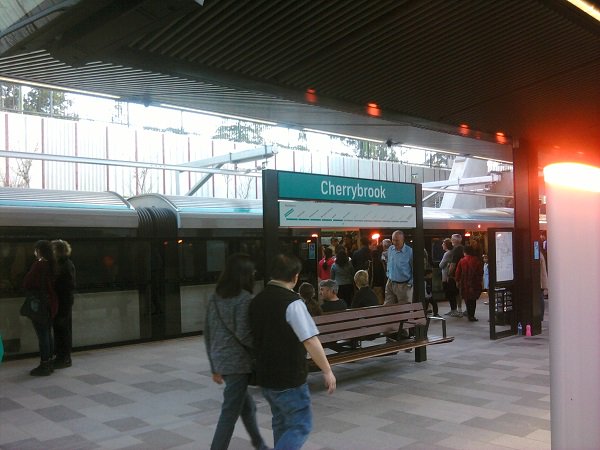 Cherrybrook station is an oddity. It looks like one of the box in the ground stations but without the overhead box. You get a chance to appreciate the swoopiness of the thing. 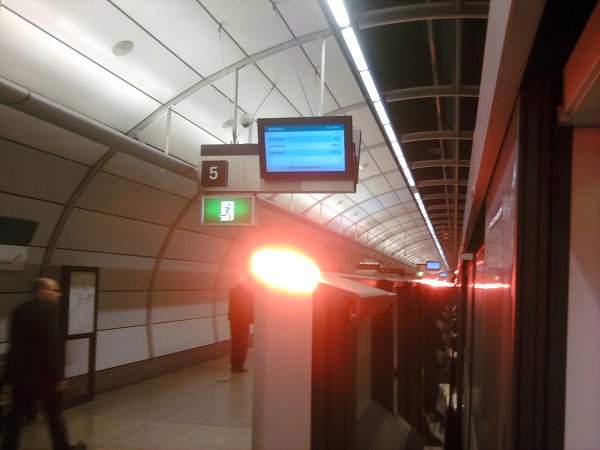 The run from Epping to Chatswood used to be part of the Northern Line and have double deck suburban cars on it and now it does not. I think that that means that they've had to retrofit the existing tunnels with liners for ventilation purposes. At any rate, Epping station looks like an unfinished London Underground station to me. 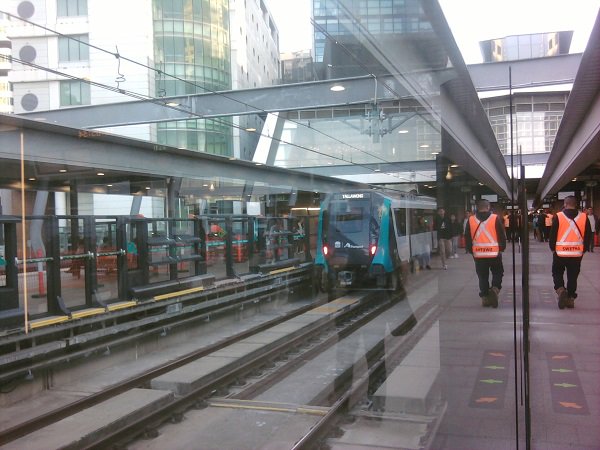 The trains themselves are Alstom Metropolis six car Electric Multiple Units, running on 4 feet 8½ inch standard gauge (1435mm), fed with 1500 volt DC electricity. If it was in the middle of the day then you could run from one end of the train to the other and because there are no drivers, you could look out of the front or back of the train. 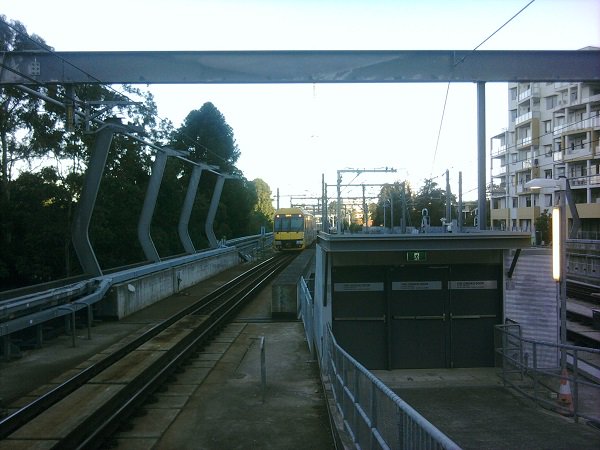 I have no problem in principle with the North West Metro line. It's just that it falls short of being connectable at its western side; which is just where I happen to live. At this end it is like the Carlingford Line; which mysteriously terminates in a nondescript hill in the middle of nowhere; when it should connect to Beecroft.
It should not take from 12:30pm to 16:07pm to get to Chatswood. That's insane.

Also, why did we specifcally have to buy trains from India? What was wrong with Comeng built trains which came from Australia? I also don't understand why it couldn't have been heavy rail all the way. The Chatswood to Epping part of the line used to run regular double deck stock and it was fine.

I am glad that they have built this but I am almost certain, given the glacial rates at which both side of NSW politics moves, that the train from Tallawong to Schofields; which make this connection useful, won't happen until 2049.