Horse 2623 - ABC Radio Is The Best Media Outlet In Australia

On top of the world, or the bottom depending on your point of view, there sits an island which was stolen by the people from another island. This island on top of the world, is about the size of the contiguous United States but has a total population of no more than the broader environs of New York City.
It has at various times been at the forefront of political thinking and at other times been way at the back. Its two major political parties are one that forgot what its name means and one that refers to a different aspect of its agenda that it would rather not remember.
Some of this island's civic institutions are relics from when either the people who lived there actually cared about each other (or at least pretended to) or because they fought through wars together, thought it important to give itself nice things.
One of those nice things is the ABC.

In my general experience, the people who object to the existence of the ABC tend to live in one of 204 suburbs out of the more than several thousand in the country. They are almost always in possession of an income of $89,000 and also less likely to have derived their income from wages.
They are also on average, less likely to be aware of most of the suburbs in their own city, much less the existence of the rest of the country.
When it comes to issues of bias which are levelled at the ABC, they are almost always directed at one of three television programs: 7.30, QandA, and Insiders. If you actually press the people making the accusations of bias, then almost certainly they haven't actually seen the program in question and/or if they did, then the original source of the complaint will be someone at a media company who sees potential to either profit or manipulate the political narrative more, by eliminating the ABC. Less than 1% of accusations of bias, probably have any basis in fact. On top of that, they miss the biggest reason why the ABC is valuable, deliberately it seems.

A newspaper is of itself, a trivial object. The cost of producing the physical thing, is only about 6% of the input costs. The vast majority of the expenses which go into making a newspaper, are paying the journalists and sending them into the field to collect news. There are a few jobs like the cartoonists and the opinion writers who do not have to go into the field but they still have to create the content; so that is similar. The biggest costs of producing a newspaper, all relate to the cost of doing journalism and that means putting boots on the ground.
Television is far more capital intensive and there are far more creative people producing fiction. Nevertheless, the costs of running a news bureau are among the biggest costs per half hour of content.
Radio is less capital intensive but due to fact that the equipment for doing field journalism has always been smaller and cheaper than for television, and due to the fact that radio like television is an instantaneous medium, the news that can be produced is far more current than a newspaper could ever hope to be.

The ABC, even in spite of running television networks, has a bigger regional staff than every other media outlet in the country. Furthermore, due to the amount of technical reach that AM radio in particular has, I think that it is actually the only medium which can provide the most up to date news in real time. In many towns across the country, television which has gone digital is not exactly reliable, but AM radio can be picked up many hundreds of miles away.
ABC 1 and ABC News 24 (they dropped the number 24 but I will forever call it that) are the two biggest flagships of the corporation, however when it comes to the importance of components in the ABC media landscape, I do not think that any media outlet in the country is as equipped to handle the sorts of things that ABC Local Radio does. ABC Local Radio in sheer scope makes every other media outlet in Australia look like amateur hour; with 60 stations across 53 regions, including 52 regional stations and 8 metropolitan stations.
Quite a number of commercial newspaper mastheads and local news programs for television are made in the capital cities. They might deign to send someone out to a festival but they won't send someone to something as dull as a local council meeting. Especially in a time when commercial media outlets are shedding staff in the cities, much less regional and rural Australia, the ABC has become even more valuable because it is the only media outlet actually bothering to do boots on the ground journalism. 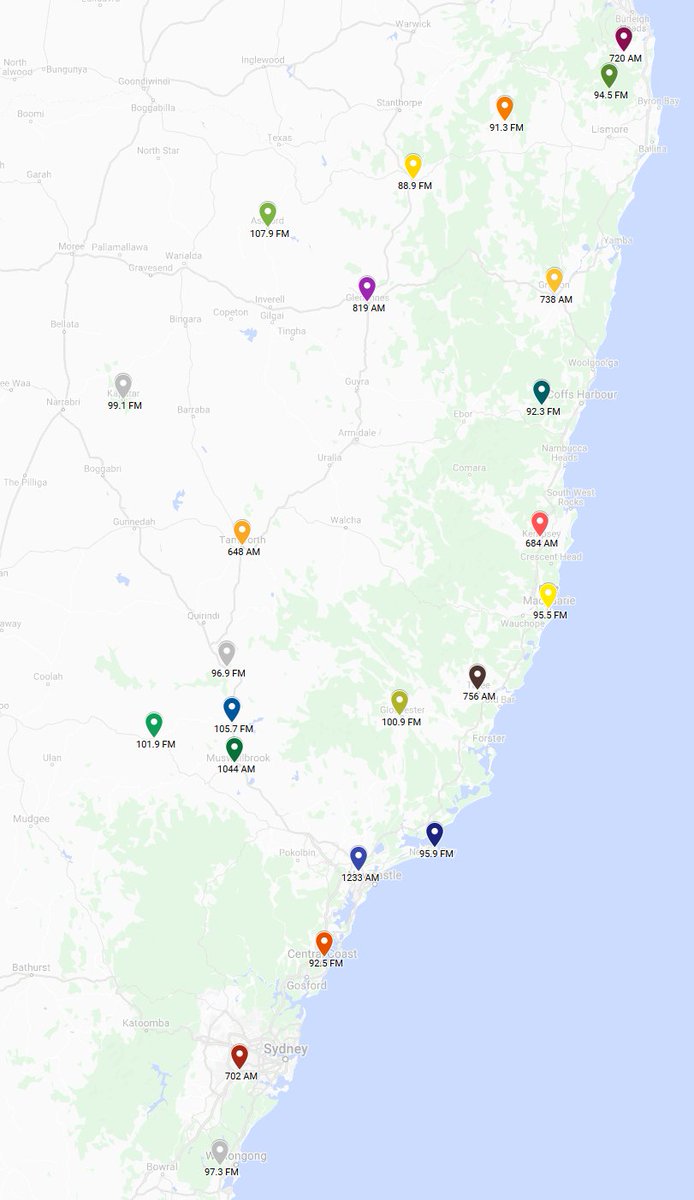 Just in New South Wales there are 23 ABC Local Radio Stations with coverage of the area currently being affected by bushfire. In contrast Prime/7 has 6 regional news bulletins, coming out of just 2 studios. Sky News has just 1 office in New South Wales.
During the current bushfires, there has been physical destruction of both power lines and of internet cable. People might be able to get their news on their mobile phone but, with the internet down, they will have to rely on the mobile network functioning; which in a lot of cases in northern New South Wales right now, is impossible.
ABC Local Radio can be picked up on radios, which can be many hundreds of miles away from the transmission source. That means despite what detractors say, the ABC is actually the best poised to bring the news to people, in the fastest possible time; which in the case of bushfires where you have flame fronts, might be able the difference between whether you live or die.

To claim that the ABC competes with commercial media is untrue in most fields where the ABC operates. The only reason that you would want to defund the ABC is if you have an ideological viewpoint which values profits for the few over the well-being of the people of Australia.


Aside:
Radio National and News Radio are also brilliant.

I personally love that the ABC still produces actual original content for radio, rather than doing endless talkback radio or simply spinning records.
From an absolutely selfish perspective, I like The Law Report, The Health Report, The Science Show, The Party Room, as well as the two absolute gold standards of journalism in Australia of AM and PM. Commercial media in Australia increasingly refuses to make documentaries because they do not see a way of making a profit and as far as I am aware, there is no such thing as pre-recorded or researched radio being produced by any commercial media outlet in the country, save for the components which make up news bulletins. There are certainly no half hour news programs in Australia on commercial radio.
Posted by Rollo at 07:17