Horse 2627 - I Love The Building Of Unknown Doom

One of the consequences of living in the remnants of empire, apart from the abuse of indigenous peoples and the stealing of their lands, the installation of parliamentary democracy and English common law, is the adoption of the otherwise absurd game of cricket.
The biggest criticism that people tend to have about cricket is that it is boring; fair play to them. That opinion is based on the very real fact that the one thing that cricket affords someone who is watching both at the ground and on television, is time; and lots of it. The game of cricket is sometimes a rare glimpse into the full face of eternity; especially when the run scoring by the flanneled fools in the centre of the field borders on glacial and you start to ponder the truly inane things of the universe.

The first test between Australia and Pakistan began yesterday and it happened at about 11am opening day, that my boss who was watching the match while he was on the phone with the Tax Office, noticed a very strange building on the screen. Of course, as I am a student of the game and knowing that this match was being held in Brisbane, I knew instantly what the building was. 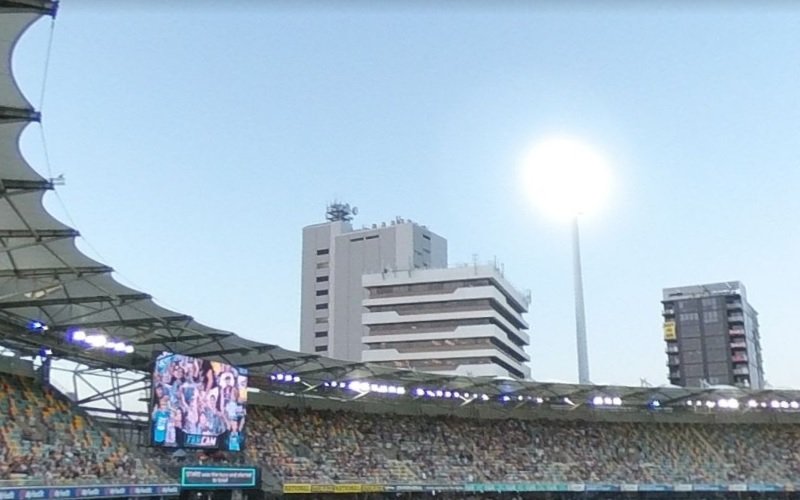 - Uncle Google's Maps gave us this.

The Brisbane Cricket Ground which is known as the Gabba after the suburb of Wollongabba, lies in between Vulture Street and Stanley Street. It also lies to the east side of the imaginatively named Main Street; which is the very northern end of the New England Highway, and which terminates with the Storey Bridge.
To the west of the ground is a bus terminal that looks like a train station and also has what I think is a bus donut pad but the building in question, had to have been the Wollongabba Telephone Exchange Building; which is pictured below. 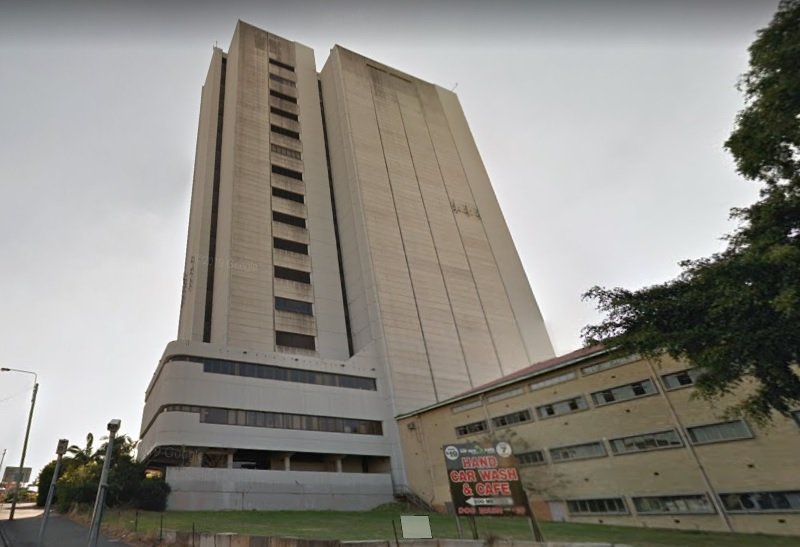 I could be really impressive and bombard you with facts about this building, such as how many switches are inside and how many gabbawatts of power the building uses but the truth is that I have no idea whatsoever and to be honest I prefer it that way.
The whole thing could be full of nuclear weapons, or Dunlop Volleys, or Chocolate Smarties, or cream, sand, angry spiders, phosgene gas, or gold bullion, and I would be none the wiser.
What you don't know can't hurt you, right? The fact is that this monolithic, windowless, brutalist, faceless, murder death cult of a building, retains an air of terror and horror because I have no idea what goes on inside.

In the grand scheme of things, I am a very small thing. While I think that it is cool to know a bunch of stuff about a bunch of stuff because I like the idea of knowledge for its own sake, I also love the thought that the world is so complex and often so mysterious that I have no idea at all about things. It is fun to see other people who have spent a long time getting excited about a thing and watching them impart their excitement on others. It is also fun to see experts  doing their thing I their chosen field. It is also fun to know that you are a dingus and to retain a sense of wonderment in the world.

As for the Wollongabba Telephone Exchange, I could just accept that it is a telephone exchange which is full of circuits and switches but even if I did that, I still couldn't tell you how any of it worked. I do have a rudimentary understanding of how electric circuits work but I still bet that there's about seven layers of abstraction and protocols required just to connect one telephone number to another.
To be fair, I think that it probably requires less brain power to just ignore it but it is more fun to imagine some kind of secret telephonic cabal in a windowless tower. The most obvious and practical reason why it is made of concrete and has no windows is that it saves money on heating and cooling and temperatures for the electric gear inside can remain more constant but there's no fun in that.

When you are watching the cricket at places like the MCG, Sydney Olympic Stadium, the new WACA and the Gabba, there are almost no visual reminders of where you are in the world; which is unlike the Sydney Cricket Ground, or the truly iconic grounds of Lord's or The Oval, which have been built as a higgle-piggledy hodge-podge. The only real reminder of where you are in the world from inside the Gabba is the Woolongabba Telephone Exchange and an apartment block which stands in between. For me, that makes it as iconic as the Gasometer at The Oval.

It is awful. It is terrible. It is ugly. It is stark. It is secretive. By no objective means is the Woolongabba Telephone Exchange a thing of beauty. Nevertheless, I like it.
Posted by Rollo at 07:17